Virtual reality is virtually reality at this point. 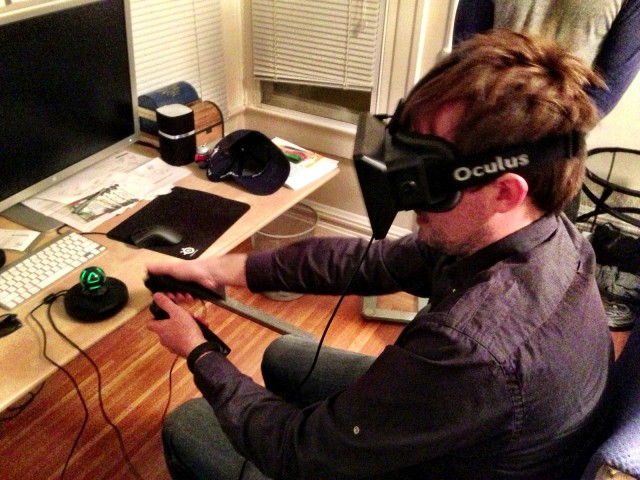 John Carmack, the co-founder of id Software who pioneered 3D graphics and the first-person shooter with Wolfenstein 3D, Doom, and Quake, is moving on to a new level of first-person gaming. It’s just been announced that Carmack will be the chief technical officer for Oculus, the company that makes the Oculus Rift virtual reality headset.

Oculus announced the news on its Kickstarter page, which successfully raised $2,437,429 from backers last August. The bulky goggles have been making waves as the future of consumer virtual reality technology for gaming and other applications. The first-person shooter, a genre that was built on Carmack’s work at id Software, is ideal for providing an immersive virtual reality experience.

While this makes it official, Carmack has been passionate about the VR headset’s potential even before last year’s Kickstarter when the hardware was new and untested. He said in his message to the Oculus community that “Duct taping a strap and hot gluing sensors onto Palmer’s early prototype Rift and writing the code to drive it ranks right up there,” with his experiences developing some of the most significant video games in history.

He’s collaborated with Oculus in getting his games to run on the Rift, making Doom 3: BFG Edition the first game to work on it and the one that comes bundled with the Rift as a Kickstarter reward. Carmack intends for Doom 4 to be compatible with it from the start. As cool as the Oculus Rift hardware is, it’s nothing if it doesn’t have software that works with it.

My time division is now Oculus over Id over Armadillo. Busy busy busy!