Half-Life 2 Gets Oculus Rift Support, Is Still Not Half-Life 3 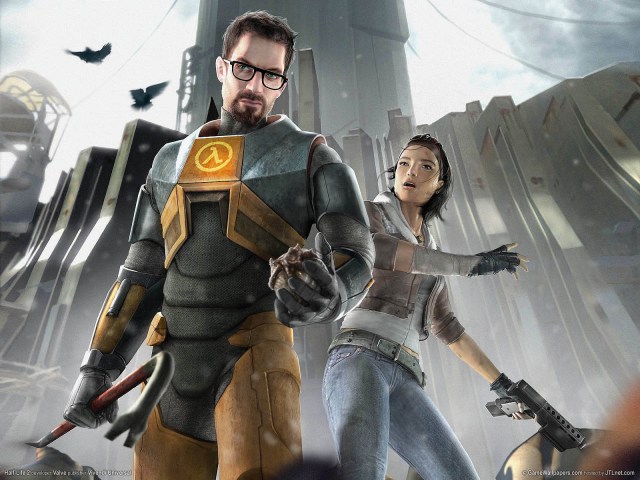 The good news for everyone still playing Half-Life 2 because Half-Life 3 hasn’t come out? You’ll have a whole new way to play the game soon, as Freeman and friends are coming to play on the Oculus Rift headset, with a beta version already available for developers. The bad news, of course, is that this is not Half-Life 3.

The beta is…well, it’s a beta, complete with reported lighting and zoom issues. This, of course, makes it still pretty cool, because it’s one of the world’s best and most genre-defining FPS games brought to a device that was seemingly made for it. We should be really excited by this and we are. Really! But…well, you know.

Look, no one is saying that a new way to play Half-Life 2 is anything but cause for rejoicing…but let’s not pretend it’s what we really want. You know what we want, Valve, and at some point, anything you release that is not Half-Life 3 will be tainted by the fact that it is not Half-Life 3. If that fair? Probably not. Is it the case? Yup.