Congratulations are in order for Doctor Who/Torchwood/Arrow star John Barrowman and his partner of 20 years, Scott Gill! The couple got married in California yesterday, making this adorable video on the way to the courthouse to officially announce the news.

Now that the Supreme Court has struck down California’s Prop 8 (which banned marriage between two men or two women) it is completely legal for same-sex couples to get married. It was legal for a short time in San Francisco when the city issued 4,000 marriage licenses to same-sex couples, but those marriages were considered voided with the passing of Prop 8. That is, until now!

Seriously, though, Barrowman and Gill are the cutest couple. How could anyone resist these faces? 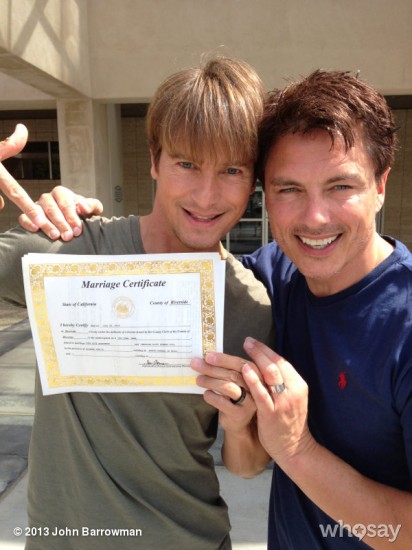 From all of us here at The Mary Sue, congratulations!