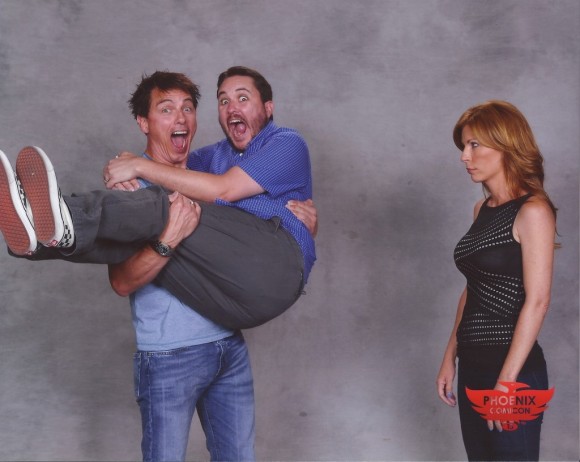 Nathan Fillion was on a convention picture roll recently. First he stole Zelda, then he stole Wil Wheaton’s wife Anne in a glorious, meme-worthy moment.  Now John Barrowman has gotten in on the fun for another amazing moment. In Wheaton’s own words:

So John Barrowman is really, really awesome. Anne and I got to spend a bit of time with him in Phoenix at the comic con, and he was simply wonderful.

At one point, Anne showed him the picture of her and me with Nathan Fillion, and told him the story from Ottawa Comic Con.

“We should do that, only I’ll hold you and Anne will look sad,” John said.

I made a noise like a tween meeting Bieber, and then this happened.