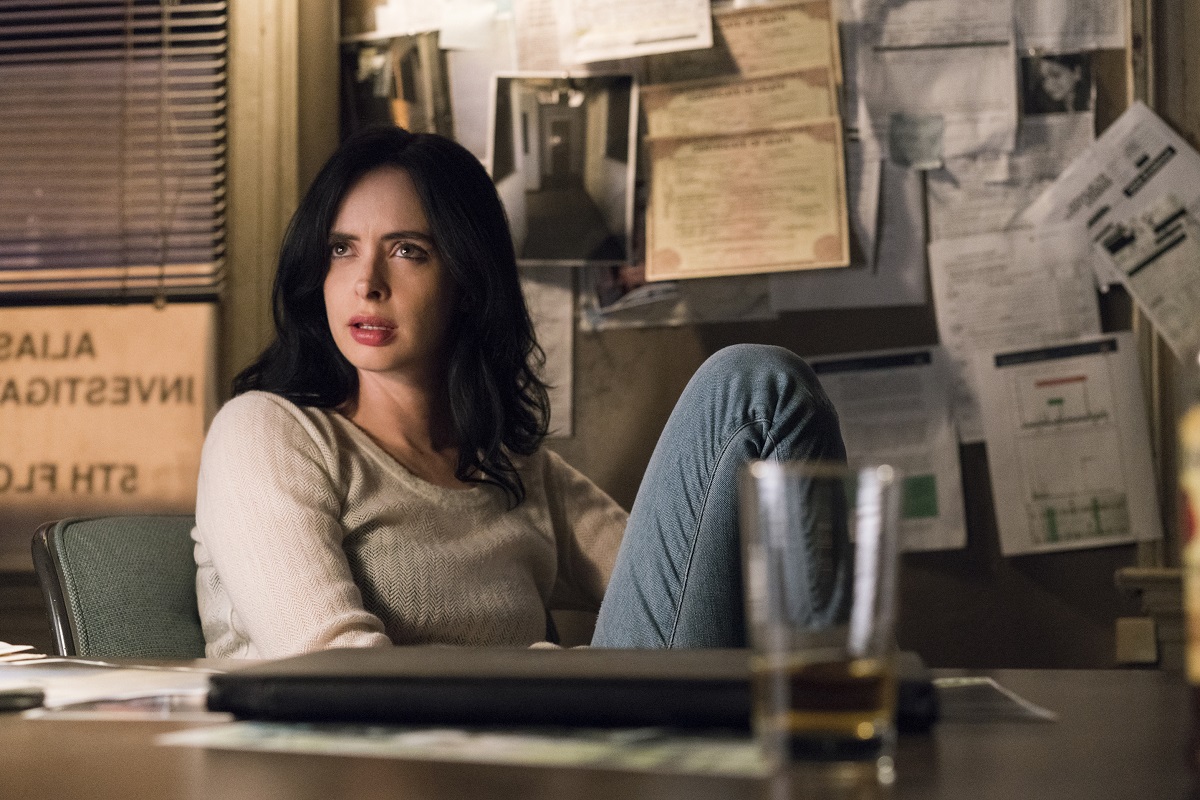 We have been very vocal about our disappointment about the latest season of Jessica Jones, especially in regard to the treatment of men and women of color. (Jeri was great though.) Thankfully, it hasn’t been just us and the criticism about the issue has been loud enough that it reached the ears of showrunner, Melissa Rosenberg.

In an interview with Vanity Fair, for their March issue, Rosenberg addresses the feedback she’s gotten.

While you’ve been praised for how you’ve handled issues important to women, the show has also been criticized for its treatment of women of color. What do you say to that?

They are right. There aren’t enough women of color in meaningful roles. I absolutely agree with them. My focus has always been women, and I think I need to continue to focus on that—but include more women of color, people of color. Eka Darville, who plays Malcolm, has sort of been carrying the flag for us. I think it just sort of happened that our three female leads were all white, and when we were designing the show, it just didn’t occur to me.

First, to give credit where credit is due, it is good that Rosenberg is able to admit that the lack of women of color “did not occur to her” and that she agrees with the criticism. Too often creators and showrunners fall into the trap of wanting to deny any fault in casting only white leads.

Part of what privilege does is it allows you to ignore the fact that you default into whiteness and when crafting narratives in which the focus “has always been women,” forget that women of color are women, who exist in an intersection of race and gender that makes everything much more complicated. Especially in a narrative like Jessica Jones that is so much about female rage, yet doesn’t allow women of color the right to be rightfully mad and angry, but frames them as bigoted or crazy.

However, one thing that should be noted is that in the interview, when asked if there is diversity in the Jessica Jones writer’s room, that is never answered.

Is there diversity in your writer’s room? And was it ever brought up there that there weren’t enough people of color on the show?

Yes. Detective Sunday (Lisa Tharps) was a great character, and then it was like, “Someone has to die.” And I thought, “Aww, shit.” It’s killing the one woman of color. The other one was a prostitute (played by Adaku Ononogbo), which we really worked on. We were trying for that character, who has an exchange with Hogarth (Carrie-Anne Moss), to not be black. But she was the best actress in the group. Now I wish we’d cast her in some other role.

Looking at the list of credits, there is at least one women of color who wrote this season, Aida Mashaka Croal, who was a producer for Luke Cage.

Regardless, I am hoping for female-focused shows like Jessica Jones to be able to take these criticisms and do better in season three. Contrary to personal belief, I did not go into the show pen-in-hand, ready to pick out its racial flaws. However, from the moment Jessica made that “you people” comment my eyes were rolled to the back of my head. Not just because of Jessica Jones itself, but because this happens all the time.

It is a cliche trope to want to use “mutants” and other powered groups as an allegory for racism because mutants…are not real. And unless I missed the memo, X-Men didn’t fix racism, so despite all their race metaphors in the 60s and 70s, which became LGBTQ metaphors in the more recent years, no one thought of Wolverine as a white-passing POC. Because at the end of the day, they are still white and the readers/viewers will see him as white first, and an “other” last.

I mean, people don’t even know he is Canadian.

People are so hard on Jessica Jones because it is a show that has framed itself as a show about women, that wanted to be intersectional. Therefore its failures, while evident throughout most of television, stand out because we’ve held the show to a standard. Especially, since people have been having this conversation since season one. This was strike two.

Hopefully, there won’t be a third one.

(via The Daily Dot, image: Netflix)