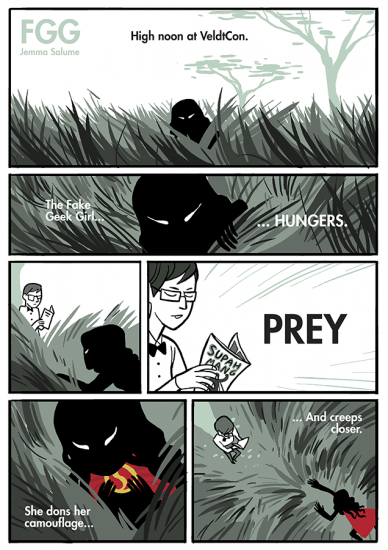 I won’t say this comic from Jemma Salume is better than the one we posted last week from Meghan Danger, but it wins for illustrating exactly what artist Tony Harris seemed to be accusing certain cosplayers of in his recent Facebook rant. In the most literal, comedic way possible. Hit the jump to find out what happens when this “Fake Geek Girl” preys on the unsuspecting, “Super Mang” reading dude at VeldtCon. 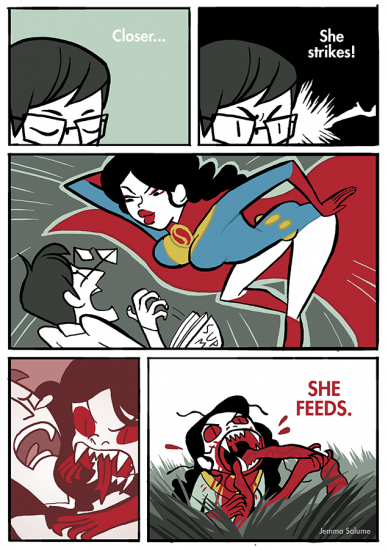