No “Fake Geek Girl” Shall Escape His Sight (Apparently)

It’s been an interesting week in geekdom. If you missed the most recent kerfuffle, you can catch up here. Luckily, tumblr user sailorsway (aka Meghan Danger) has created a delightful two-panel comic strip that explains why some of us ladies are frustrated. Here’s how the conversation goes between two men when a Green Lantern t-shirt is spotted. Now hit the jump to see what happens when it’s a woman wearing the shirt. 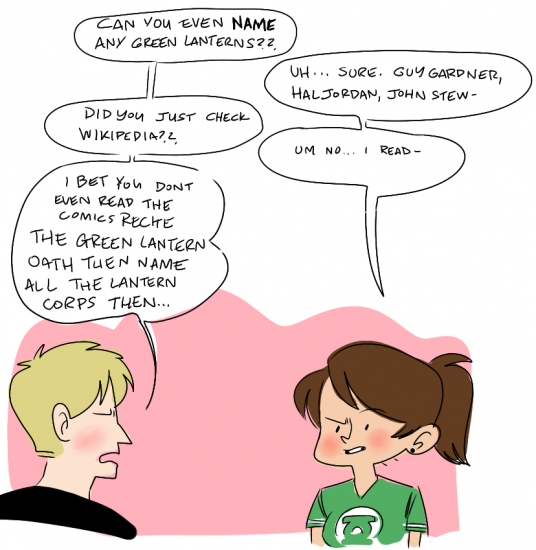