Oh Look, It’s Another Guy Who Thinks the First Amendment Means He Can’t Get Fired For Saying Awful Things 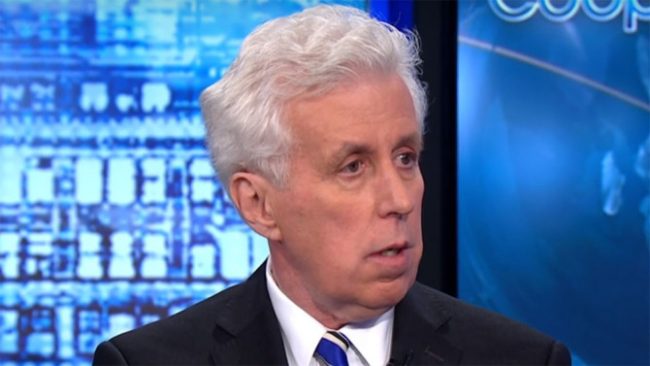 CNN has officially parted ways with commentator and resident Trumper Jeffrey Lord after Lord thought it would be a fine idea to literally tweet “Sieg Heil!” at Media Matters president Angelo Carusone during a Twitter argument.

Lord, whom you might remember as the person who told Symone Sanders that Donald Trump is “the Martin Luther King of healthcare,” had written a piece for a conservative blog in which he accused Media Matters of fascism for trying to get Sean Hannity off the air. Follow-up tweets make it sound like the Nazi phrase was meant to indicate that Carusone was a Nazi, but, well, that’s not what comes across.

This is as effective as saying the n-word to mock the kkk.

He told the Associated Press that while he has “nothing but respect, affection and love for CNN,” he still indicates he thinks his firing might be unconstitutional. “From my perspective CNN caved on the First Amendment of all things. I disagree. I respectfully disagree.”

Sigh. How many times do we have to go over this? When are these guys going to understand that “freedom of speech” isn’t a thing in private businesses? Whether you’re tweeting Nazi salutations or writing long screeds about why women are genetically inferior, your employer is allowed to fire you over it and no one is trampling your constitutional rights. You get to say what you want. You do not get to say it free from consequences. If Lord were imprisoned, or if the government had ordered he be let go over something he said, then we could talk about the First Amendment.

Oh, speaking of the government’s stance on this:

Yup, that sounds about right.