Republicans Compare Lincoln to Hitler & Trump to MLK. What Is Even Happening? 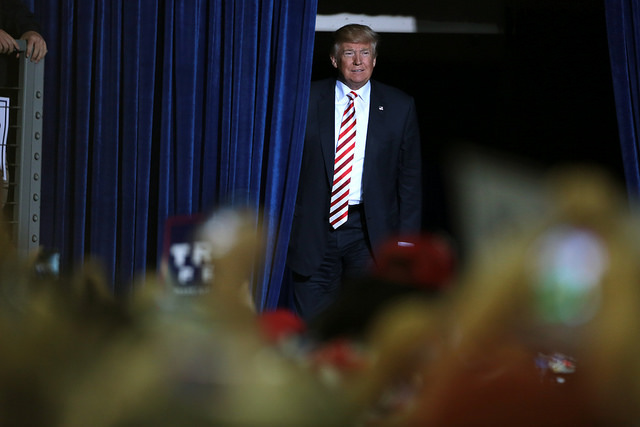 Every time you think the GOP and much of the conservative media’s relationship with Donald Trump couldn’t be any further removed from reality, they go and compare him to Martin Luther King, Jr. And yes, that really happened.

CNN commentator Jeffrey Lord said on air Thursday that we should “think of Donald Trump as the Martin Luther King of health care.”

When I was a kid, President Kennedy did not want to introduce the civil rights bill because he said it wasn’t popular, he didn’t have the votes for it, et cetera. Dr. King kept putting people in the streets in harm’s way to put the pressure on so that the bill would be introduced. That’s what finally worked.

Thank you to fellow commentator Symone Sanders (who was also Press Secretary to Bernie Sanders) for mirroring all of our faces back to us.

Jeffrey, you do understand that Dr. King was marching for civil rights because people that looked like me were being beaten. Dogs were being sicced on them. Basic human rights were being withheld from these people merely because the color of their skin.

In the comments of a Facebook post, Pittman’s constituents were criticizing his bill aiming to outlaw same-sex marriage. One reminded him that the Supreme Court deemed that sort of bill unconstitutional, and suggested he get over it already.

His now-deleted response is … something.

And if Hitler had won, should the world just get over it? Lincoln was the same sort (of) tyrant, and personally responsible for the deaths of over 800,000 Americans in a war that was unnecessary and unconstitutional.

Trump is our new Martin Luther King Jr. and Lincoln is cut from the same cloth at Hitler? Human sacrifice? Dogs and cats living together? Mass hysteria? Does anything make sense anymore?