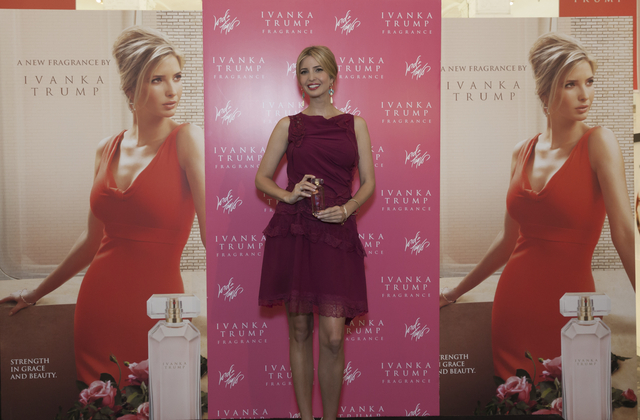 Donald Trump (and pretty much his whole family) has made it clear that he is both unwilling and unable to extricate himself from his financial conflicts of interest, and that when nearly half of American voters said they wanted “Trump the Businessman” to run the country, that’s now what we’ve gotten. (Meaning he makes a whole bunch of money while driving said business into the ground. It is, historically, the Trump way.)

But if you thought Trump’s bias couldn’t be in any more direct opposition with his role as President, it’s maybe time to stop assuming they’re a bottom to his depths of corruption. Because in response to the news that following a wide-reaching boycott, Nordstrom would be phasing out Ivanka Trump’s clothing line form their stores, here’s what Trump tweeted:

My daughter Ivanka has been treated so unfairly by @Nordstrom. She is a great person — always pushing me to do the right thing! Terrible!

That statement was then retweeted by the official POTUS Twitter account, meaning, presumably, that this is the official position of the White House.

That means the official position of the White House is that “fairness” in business should be based on how good a daughter someone is, rather over what customers have said they want to buy. (The company is adamant that the removal of the line is due to poor performance, not due to their stance on either Trump personally.)

The official position is anti-Nordstrom.

The official position is that it’s acceptable for the President of the United States to comment on and criticize the inner workings of a clothing retailer.

Oh, and that it’s possibly acceptable for him to have done so IN THE MIDDLE OF A SECURITY BRIEFING.

According to White House schedule, this tweet was sent 20 minutes into his daily intelligence briefing. https://t.co/BoilJ6cV6L

In no way is it anything close to ethical for the President to attempt to use his power to bully companies into doing business with his family members. Sean Spicer defended Trump (obviously), saying in his press briefing Wednesday “I think this was less about his family business than an attack on his daughter.” That’s a ludicrous thing to say when when you’re talking about the President’s public statements, and holds absolutely no water at all when, again, those statements are retweeted from official political accounts. This is not about a father and daughter. It’s about a President trying to hold businesses hostage unless they do business with his family.

At the very least, it didn’t work. 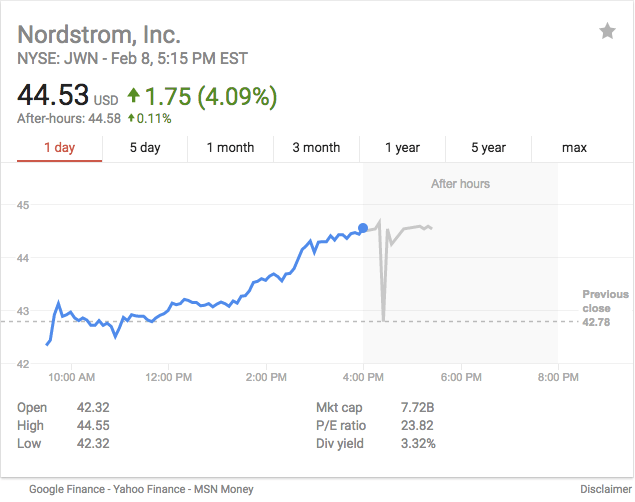