Unconstitutional or just unethical? It's lose/lose. 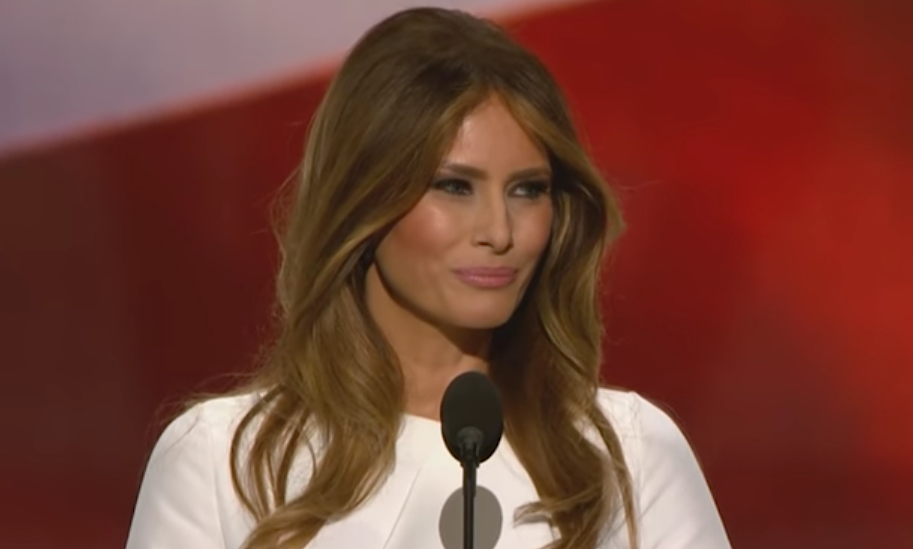 The question of what exactly Melania Trump is going to spend the next four years doing has, for the most part, gone unanswered. At first, it looked like she wasn’t going to be stepping into the traditional First Lady role of dedicating her influence to specific cause. There was (and still might be) a good chance she and her son Barron would not even live in the White House.

There’s a lot to be concerned about here, or at least to keep eyes on–most glaringly, the potential extreme taxpayer cost of paying for the First Family to live in a New York. But, we’re all for exploring or straight-up breaking down some potentially outdated gender roles around here. So, if a First Lady doesn’t want to automatically give up her life, well, in a perfect world that would have been a conversation had prior to her spouse running for one of the most demanding, invasive, all-consuming jobs imaginable. But, hey, we can be open to some new ideas at this point, too.

Except then, Melania Trump went and let us know what her new ideas are. And they are–did you guess it? you guessed it–probably unconstitutional. With bonus opportunism, to boot!

Melania has filed a defamation lawsuit against The Daily Mail, due to the number of articles they published last summer stating that her modeling career was a cover for sex work. She’s now suing Mail Media, the outlet’s owner, for $150 million, on the grounds that due to this hit to her reputation, “her brand has lost significant value.” From the lawsuit,

“Plaintiff had the unique, once-in-a-lifetime opportunity, as an extremely famous and well-known person…to launch a broad-based commercial brand in multiple product categories, each of which could have garnered multi-million dollar business relationships…”

While the suit doesn’t explicitly say she was going to use her position in the White House to promote her business, the wording isn’t the toughest code to crack. That “once-in-a-lifetime opportunity” is referring to the “multi-year term during which plaintiff is one of the most photographed women in the world,” i.e., when she’s serving as First Lady.

She’s suing the Daily Mail because, as she sees it, their alleged libel will keep her from trading in the publicity the comes from serving the country for “multiple millions of dollars” in sales of “apparel, accessories, shoes, jewelry, cosmetics, hair care, skin care and fragrance.”

Now if only that pesky Constitution weren’t in the way of her potential makeup sales.

The emoluments clause of the Constitution, which forbids the President and other office-holders from accepting payments from foreign governments, has been getting a lot of attention lately, as Trump seems to be unaware of it. But there’s also a domestic clause that states that the President can receive no emolument (meaning a gift, payment, or any sort of profit, really) for his service other than his agreed-upon salary.

So does this clause extend to the First Lady? She seems set on finding out. Spouses, of course, don’t automatically have to combine their earnings. But this is not a normal situation, or a normal marriage we’re talking about. This isn’t “do my spouse and I keep our separate bank accounts?” For the First Couple, the personal and professional, as well as the private and the political, are all inextricably linked. It seems like Melania Trump knows that, because as we can see in the lawsuit, she sees this new title as a “once-in-a-lifetime” moneymaking opportunity, owing to nothing but her place in the White House. She can try to detach herself from the traditional role of First Lady, but she’s clearly still eager to cash in on the benefits of being in the public eye (without caring about the public good), and to use those benefits to profit her personal company.

Is that unconstitutional? It may be. At the very least, it sounds wildly unethical. In fact, Richard Painter, the George W. Bush administration’s chief White House ethics lawyer (who is currently participating in an emoluments clause-based lawsuit against Donald Trump) told the Washington Post, “There has never been a first lady of the United States who insinuated that she intended to make a lot of money because of the ‘once-in-a-lifetime’ opportunity of being first lady.”