Did you get that? Allow me to explain... 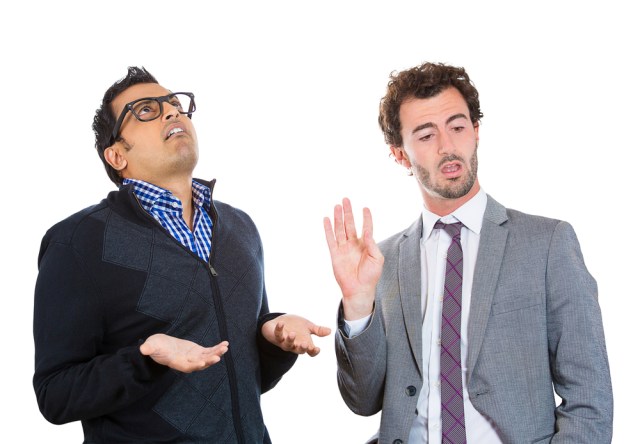 “I hate the Internet.”

It’s something I utter on almost a daily basis while doing my job—my job on the Internet—which may make you wonder why I continue to do said job.

You see, I also love the internet.

Weird, I know. I’m not going to go into an in-depth talk about the advantages the internet has provided us as a society (that’s a talk for another day and one several writers have likely already tackled), but I do want to talk about what it’s like being a person on the internet who cares. About things.

As an individual, I’ve always cared about “things.” Some more deeply than others. She-Ra, for instance. But I suppose as a person born with a disability I had a slightly different perspective on life’s lovely injustices than others from a very young age. However, I grew up white and middle class and had a privilege I only learned of later in life. I’ve always considered myself a kind, generous, and open person (thanks to said disability and upbringing), but that didn’t mean there wasn’t room to improve.

It wasn’t until my freshman year in college when I heard the term “feminazi,” and while at the time I didn’t identify as a feminist, I got an uncomfortable feeling in the pit of my stomach over a group of students referring to our teacher as such. First of all, calling anyone a “Nazi” who wasn’t an actual Nazi sounded idiotic, but as I went through the course (which wasn’t women’s studies focused, for the record), I realized the students were taking offense at this teacher’s belief that women deserved equal rights to men. It… didn’t seem like an egregious way of thinking and, I realized, was what I believed as well. I guess I was a feminist, too (thought it was some time before I declared that publicly thanks to this very experience).

Fast forward to my first years writing online, I found myself a home in two different female-focused websites (the now defunct Girls Entertainment Network and Heartless Doll) without that being an intended goal in my career. I wrote for several other general pop-culture sites as well but eventually found myself at a third female-focused site, The Mary Sue. And I was thrilled! Because not only were the team at The Mary Sue huge nerds like me, they also cared. About things.

But oh lord was I about to learn the extent to which other human beings would go to in order to inform us how much they didn’t care.

Believe me, I’d had my share of trolls and general idiots online much sooner into my internet career than when I started at TMS, but in the years since, and now as Editor in Chief, it’s… interesting may not be the right word, but it’s curious to see the reactions we get to posts asking for better from companies, creators, and the media we as consumers spend our money on (or want to spend our money on). These comments intensify when we write on so-called “Social Justice Warrior” topics, but putting aside the more egregious comments, there are the simple ones you probably see posted all the time. For example: “Who cares?”

Well, at least one person: the writer!

Putting aside those who accuse us of “starting a controversy” or doing something “for hits,” I can assure you that when it comes to the writers on this website, we actually care a great deal. We may sometimes have to write on a topic we’re not particularly knowledgable on or thrilled about, but rest assured that if you’re sensing some sort of opinion or passion from an article, it’s guaranteed to be 100% truly felt by the writer.

And what about these “controversies?” As I mentioned earlier, we’re accused of starting them rather than, you know, writing about something that struck us personally. And then there are those who come to tell us we should be writing about something else. Something more important. Believe me when I tell you that I know there are more important things happening in this world than a depiction of Spider-Woman’s butt, but it was important to me. Know what else? Others felt it was important, too.

How about this type of response when discussing the issue of whitewashing in Ridley Scott’s Exodus: “I didn’t see any one complaining when Charlton Heston played Moses!” Oh really? You didn’t see/hear anyone complaining about whitewashing in 1956? A time when you probably weren’t even born, when society’s opinions on pretty much everything were different, the Civil Rights Act hadn’t been passed yet, and oh yeah the internet didn’t exist?

But you don’t think these things are important, and you feel compelled to let the world know. Ok, then. How exactly does it affect you? Why do people giving their opinions on comic books (or video games, or anything else for that matter) end in these types of arguments at the very least and, at the very worst, rape threats?

Here’s the thing: It’s totally fine if you don’t want to change the world for the better. I, and others, may judge you for it, but that’s totally your prerogative. You can also think the world doesn’t need changing. You’d be wrong, but you can certainly believe that. You don’t have to take up a cause or join ours. That’s ok. You also don’t have to consider issues we take with media on the same level as world issues. We write about these things because they mean something to us, and we believe what’s portrayed in the media has real-world implications. And we’d like others to know it.

To a recent comment on our Batgirl #37 controversy post where someone asked if they needed to be offended by perceived slights which didn’t actually offend them, I responded, “You can be offended by whatever you want. That’s the beauty of life.” But I truly believe if you’re not attempting to listen and learn why people are upset, you should just move along. We’re not telling you you have to be offended, we’re telling you to consider being offended. Still not? It’s cool; you can just leave us here in our wacky world of caring about things.