Batgirl #37 Controversy the Conversation We Need Transgender | The Mary Sue 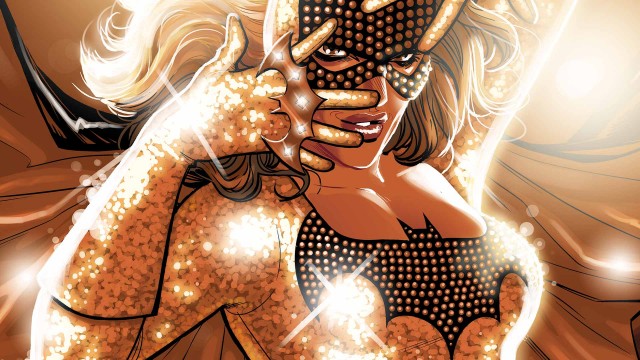 When I started writing this piece, I was angry. I wanted to take DC Comics’ entire Batgirl creative team to task for what they had done, and I wanted to ask one question: why? Why did they need to abuse the tired old stereotype of the “psycho cross dresser” in their villain, Dagger Type? In case you haven’t read the issue, here’s the gist: in Batgirl #37, the stolen identity thread which had been building the last few issues was resolved when it was revealed that the fake Batgirl parading around Burnside is a male artist named Dagger Type. 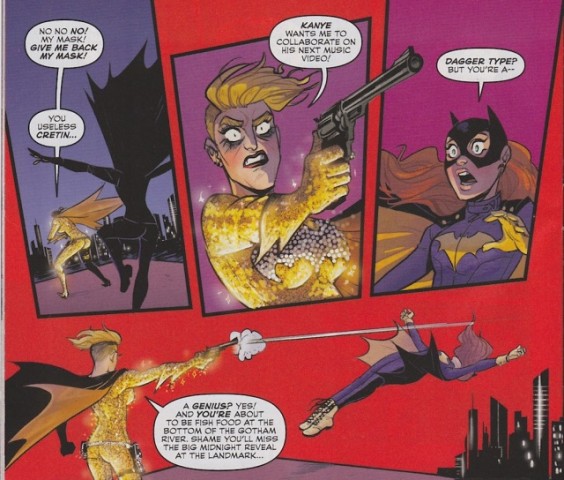 This is about where I started to get a real sinking feeling in my stomach. I’ll admit, I really started getting interested in Batgirl when Alysia was introduced as a trans character, and I was incredibly interested in how Gail Simone seemed to be presenting a positive relationship between her and Barbara Gordon. I felt this positive relationship was something that was (and still is) sorely lacking in comics today. That interest, along with a lot of the hope for a positive trans role model, was set back by no small amount in Batgirl #37.

The problem with Batgirl #37 is that it felt lazy. What could have been an incredibly intriguing arc about stolen identities and the complexities of trying to establish yourself had been reduced to a tired, harmful trope which (unsurprisingly) stung many people within the community. While we don’t know how Dagger Type identifies, or even where exactly the team is going with the story, this presentation of the character paints an awful picture of drag queens, trans women, and non-binary people alike. It props up the trope of the “crazy, unstable drag queen / trans woman.”

Transmisogynistic stereotypes like these are what really set back the industry, because it reinforces negative preconceptions of an entire community to a greater population of readers, especially younger readers which this book seems to be geared for. These stereotypes are tools which are often used to justify the marginalization of these already incredibly overlooked and abused groups.

A lot of other websites have already delved into why this issue is so damaging. But what the team did during the backlash instills hope in me for the future of Batgirl. In the time between the issue’s release and the incredibly heartfelt apology from the creative team (Cameron Stewart, Babs Tarr, and Brenden Fletcher), they did something many people and allies forget to do when these issues come up: they listened.

Batgirl 37. We made mistakes. We’re deeply sorry. We will do better. pic.twitter.com/fCOEJPk0vP

It really pained us to stay silent for so long but we felt we needed to listen for a bit instead of talking.

Rather than present an argument trying to defend themselves and their character, they took the time to be silent and listen to the stories and outpouring of emotion which came in as a reaction to the character. This, right here, is the most important part of what’s happened around this issue. When a person in a marginalized group is voicing their concern over something you’ve done, it’s a natural reaction to jump and try to defend yourself. Taking the time to listen and truly understand goes an incredibly long way to promoting the understanding that is so desperately needed in these conversations.

We live in a world where transphobia (and in the case of Batgirl #37, transmisogyny) runs deep. The fact that a storyline like this can pass through the hands of an entire team of people and not one of them presented a concern about how it might be received is an example of the pervasiveness and insidiousness of transmisogyny. Comics and the comics industry has a long laundry list of issues with representation, which promotes this pervasiveness and pushes these harmful images deeper into the minds of readers.

It’s hard to pick out books that are doing trans representation right, considering we’ve only just now started to see gay and lesbian representation being done at all. And that’s exactly the problem. In an ecosystem lacking in proper, positive trans representation, the harmful effect of these stereotypes is magnified. In a world that has little to no trans representation, issues like Batgirl #37 hurt just that much more. Given how they’ve handled the backlash, I don’t believe the creative team set out to hurt or damage a community. And after everything, I still believe it’s clear they’re the team Batgirl deserves, and the team she needs right now.

Jessica Lachenal doesn’t like talking in the third person, so she hopes this has been as awkward for you as it has been for her. But, if you happen to like the words that she writes, check out her website at www.hipsterchick.net, or any of her writing on The Bold Italic, Autostraddle, Frontiers LA, Model View Culture, and here at The Mary Sue.