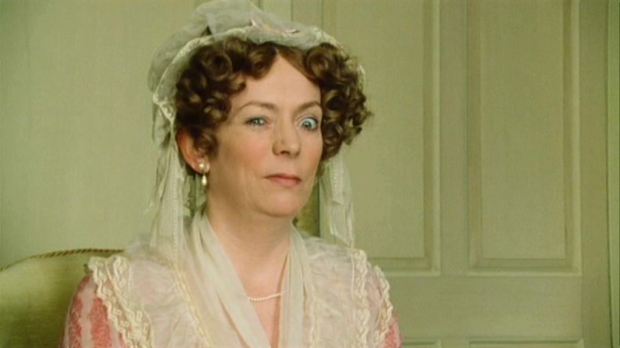 Trigger warning for threats and harassment.

When Peter Nunn launched what the prosecution called an online “campaign of hatred” last July to protest Jane Austen’s image being placed on the £10 note, the 33-year-old seemed to feel he was immune from punishment, tweeting “If you can’t threaten to rape a celebrity, what is the point in having them?” But sense and sensibility have actually prevailed: despite Nunn’s protestations that he is a “feminist” whose threats were intended as a free speech exercise satirizing Internet trolls (hmm, that sounds familiar), the harasser is now serving time.

According to ArsTechnica, around July 29th, 2013, five days after the Bank of England announced Jane Austen’s image would soon be put on a banknote, Nunn began directing threatening tweets to Member of Parliament Stella Creasey, who supported a campaign to honor the author. ArsTechnica notes that these tweets were “directed” at Creasey, The Guardian describes some of the messages as “retweets.” Here’s one message of abuse Nunn sent to Creasey using the handle @ProtectYS (a screencap can be found over on ArsTechnica):  “Hi, it took Twitter 30 minutes to ban me before. I’m here again to tell you that I’ll rape you tomorrow at 6pm.”

At the time, Twitter had in fact already banned another account Nunn was using for his harassment campaign. In addition to targeting Creasey, Nunn also threatened Caroline Criado-Perez, an advocate for the Austen campaign: “Best way to rape a witch, try and drown her first, then just as she is gagging for air, that is when you enter.” On her blog Criado-Perez details the harassment she received from Nunn; ArsTechinca notes he also sent the message “Caroline Criado Perez you’re hot, can you blame a man for wanting to #rape you #shoutingback #shoutback take it as a compliment not abuse.”

Thankfully, starting yesterday Nunn began serving 18 weeks of jail time under section 127 of the Communications Act, which outlaws electronic messages which are “grossly offensive or of an indecent, obscene, or menacing character.” According to The Guardian, Judge Elizabeth Roscoe said she considered a different sentence to avoid impacting Nunn’s three-year-old daughter but chose instead to send a strong message about the punishment for online harassment:

It was really all about you and your opinions and what you wanted to do. Although we’re only talking about six tweets, it was persistent […] There is no reason to suspend it. I’m not convinced that that would give the message that this is entirely unacceptable.

Today’s sentence for Peter Nunn is a step forward in recognising the distress and fear online harassment can cause. We now need to ensure our police and criminal justice services are better trained to identify the risks anyone receiving threats faces, whether these are made on or offline so that we can protect those being stalked.

Above all, we need to send a clear message that it isn’t for anyone to put up with being harassed via any medium- this is an old crime taking a new form online and should be treated as such.

I don’t want to belabor the Jane Austen connection in this story since the main take-away here should be Creasey’s point that harassment via any medium is unacceptable, but it pleases me to no end that a man who simply could not handle seeing a successful woman on his money is being made an example of by a female judge and Member of Parliament.

That being said, 18 weeks hardly seems sufficient punishment considering the emotional trauma online harassment can impart to its victims, so in addition to his current sentence I wish Nunn an eternity of being haunted by other women he would undoubtedly hate to see on his currency. May your days be full of the Brontë sisters moaning about the moors, Mister. May Shelley interrupt your amorous passions for all of eternity.