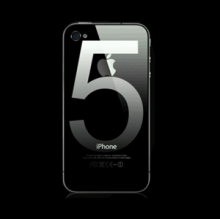 What better way to start off your Saturday than with iPhone 5 rumors and speculation? iMore has received a few reports, and decided to let the world know what these reports say about the next iPhone. We can all expect incremental upgrades, as Apple is prone to do, but what else can we expect?

First, iMore reports that the next iPhone will be 4G LTE compatible, which wouldn’t be much of a surprise, considering the new iPad supports the speedier network. Secondly, which would be the least surprising, iMore reports that the next iPhone will release sometime in October 2012. The current newest iPhone, the 4S, released on the middle of October of 2011, so a one year cycle seems like a fairly astute assumption. They also claim that the iPhone is “locked to a fall cycle for the immediate future.” Lastly, the site claims the information they have says the next iPhone’s screen will remain roughly the same size, at around 3.5 inches, and Apple is working on a “micro dock” connector, feeling that if they reduce the size of the current dock connector, they’ll be able to shove more components into the device.

Whatever the next iPhone turns out to be, one shouldn’t expect a drastic overhaul, as Apple doesn’t seem to do those very often. So all we can do for a folding iPhone that better fits into our pockets is wait, wait, wait.