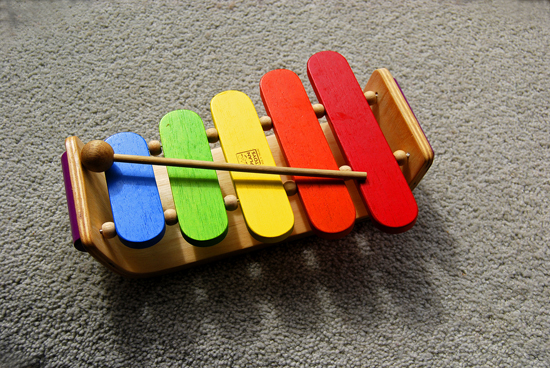 Internet Protocol is a simple, yet sophisticated beast. The entire process is about transmitting data packets back and forth, so the computers involved don’t really need to know or understand the physical components of the process so long as they continue to receive their data from each other. As long as it comes in a format that’s readable, nearly anything can be substituted for typical computer parts. Enter xylophones.

In what he calls “IPoXP” — Internet Protocol over Xylophone Players — University of California Berkeley graduate student R. Stuart Geiger has shown exactly that. Using humans playing xylophones representing the sending and receiving ends of computers, it takes around 15 minutes to send a single packet. But it’s a bit more complicated than that.

As they light, the player plays the note that corresponds to it. Piezo sensors on both xylophones allows them to notice when a note has been played on the other. The microcontroller sense this and converts it back into hexadecimal code. A return packet follows the same process in reverse order.

In every demonstration, error on the part of the players caused some delays in processing. Either the packets became unreadable or other errors were apparent such as missing notes. As it turns out, and Geiger notes, “humans are really terrible interfaces.”