We assume these results are negated if they read the comments section. 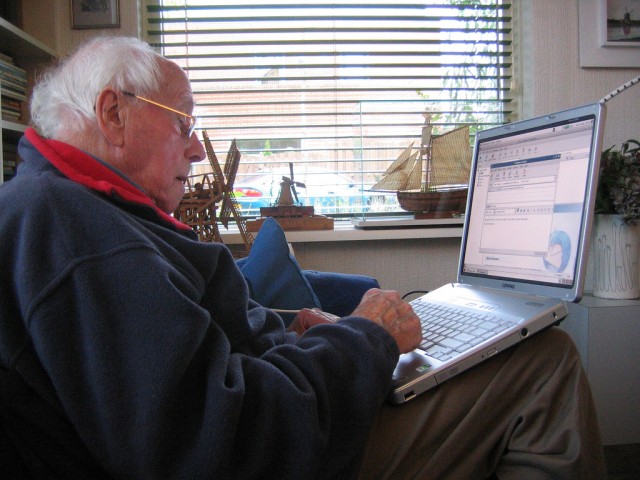 If you’re retired and feeling depressed about it, try using the Internet more! At least, that’s according to new research published in The Journals of Gerontology, Series B: Psychological Sciences and Social Sciences. It says Internet use gave retirees a better chance of avoiding depression than their offline counterparts.

The article, “Internet Use and Depression Among Retired Older Adults in the United States: A Longitudinal Analysis” was written by Shelia R. Cotten, PhD, of Michigan State University; George Ford, PhD, of the Phoenix Center for Advanced Legal & Economic Public Policy Studies; Sherry Ford, PhD, of the University of Montevallo; and Timothy M. Hale, PhD, of the Center for Connected Health and Harvard Medical School.

It shows that the Internet allows lonely retirees a chance to reach out and overcome some of the factors that are believed to cause depression, such as isolation.

Every two years, the Health and Retirement Survey takes information from more than 22,000 elderly Americans. The research for the article came from four of these surveys between 2002 and 2008. Those surveyed were asked, “Do you regularly use the World Wide Web, or the Internet, for sending and receiving e-mail or for any other purpose?” as well as being graded on the Center for Epidemiologic Studies Depression Scale.

The authors of the study found that those surveyed who used the Internet were 33% less likely to suffer from Depression. Retirees who lived alone had chances of Depression reduced the most by the Internet, since it’s believed that having more people in the household helps prevent Depression.

(The Journals of Gerontology, Series B: Psychological Sciences and Social Sciences via Eurekalert, image via Prupert)