There’s a New Type of Boredom to Keep You Occupied

We'd really rather never be bored enough to want to categorize it. 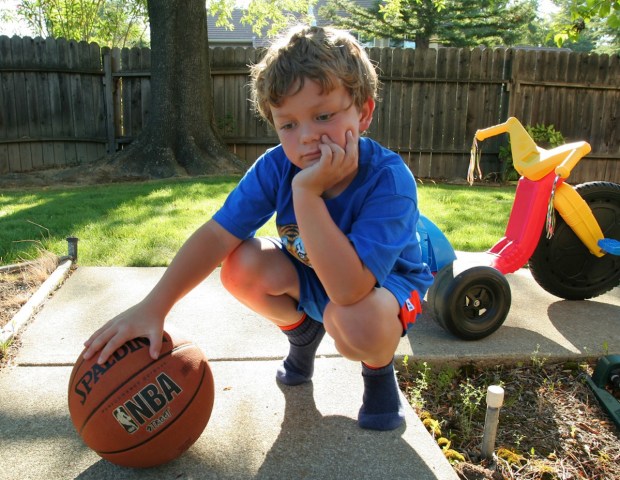 Presumably bored scientists categorized boredom into four separate categories, because people are bored enough to need four varieties of boredom to keep things interesting. Isn’t life great? However, they also recently discovered that there is a fifth type of boredom, so that should entertain you for a bit.

Scientists as far back as the 1930s first took note that there may be different types of boredom. We can only assume that the reason boredom was so widespread back then is that they didn’t have Candy Crush Saga or any of the other abundant distractions the Internet provides—oh, hey, look, an adorable cat video! We’ll be right back.

As it turns out, humanity must still be pretty bored, because German boredom researcher (which legitimately sounds like the most boring job in the universe) Thomas Goetz and his colleagues uncovered four types of boredom back in 2006. However, they weren’t convinced that their findings were accurate due to personal bias in the emotions being reported by subjects.

To gain a more definitive picture of boredom, they equipped high school and university students (probably some of the most prime boredom candidates you can find) with electronic surveys that would ask them how they felt throughout the day. The new method confirmed their previous findings on indifferent, calibrating, searching, and reactant boredom, but it was also when the fifth type of boredom, apathetic boredom, became apparent.

Sometimes, boredom during mundane tasks can actually stir creativity, because allowing the mind to wander at these times keeps it agile. Apathetic boredom, though, is an extremely unpleasant feeling similar to depression. Those with apathetic boredom didn’t have very strong positive or negative emotions, and they also didn’t feel antsy or irritated as with other types of boredom. We’ll assume their responses when asked how they were feeling were “whatever” and “who cares?”

What we’re going to take away from this is that high school is a breeding ground for new types of boredom. Thanks a lot, high school. Who even cares, anyway? We’re just going to go channel surf and fall asleep.

(via LiveScience, image via John Morgan)