But I thought kitties were supposed to stave off depression? The whole world is a lie. 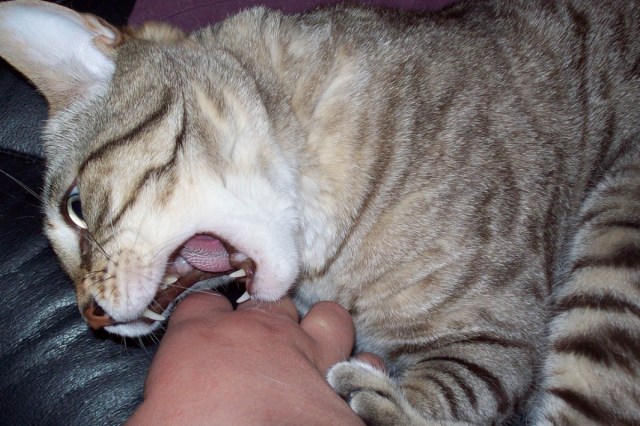 Cat people say that kitties are great for your mental health – but science begs to differ. A new study published in PLOS ONE shows that, of the 1.3 million patient files studied over 10 years, 41% of people who had once hit up a hospital for a cat bite later returned to be treated for depression. Oh, and the researchers don’t know why.

Not only did almost half of people with cat bites later suffer from depression, but the study also showed that a whopping 86% of those patients were women. That means if you’re a lady who has at some point been bitten by a cat, there’s about a 50% chance you’re going to be diagnosed with depression for reasons unknown. Uh… this is kind of the worst.

But the most likely possibility is actually that cat bites can transfer the bacteria Toxoplasma gondii to their human owners. Remember T. gondii? That’s the little bacteria making its way up to the Arctic to start killing beluga whales! T. gondii has been known to cause changes in the brains of infected humans, sometimes leading to self-harm and even suicide.

Regardless, if you’re a cat-owning lady, you might want to get screened for signs of depression, stat.

(via Popular Science, image via kniemla)