Lawsuits, How Do They Work? Insane Clown Posse Suing the FBI | The Mary Sue

Lawsuits, How Do They Work? Insane Clown Posse Suing the FBI 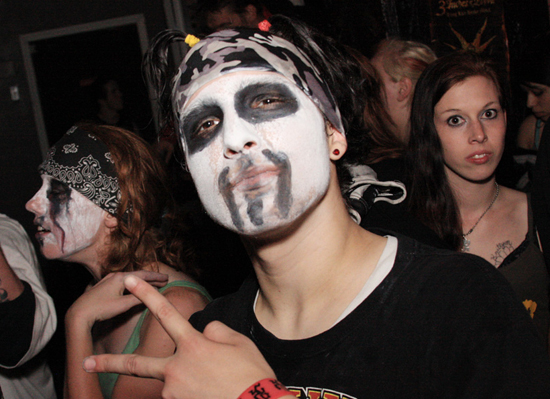 In what is surely a sign of the end times, the Insane Clown Posse has announced that they intend to sue the Federal Bureau of Investigation over the fact that Juggalos were labeled a gang last year. The lawsuit itself isn’t the sign; the sign’s that this perfectly reasonable action comes from the group wondering how magnets work. Due to their classification, suddenly crimes performed by young Juggalos are considered gang activity rather than your typical slew of teenage mistakes.

According to the FBI’s report last fall, Juggalos are considered a “loosely-organized hybrid gang” that are recognized as such in Arizona, California, Pennsylvania, and Utah. The report goes on to describe the group’s gang-related activities with the following:

Most crimes committed by Juggalos are sporadic, disorganized, individualistic, and often involve simple assault, personal drug use and possession, petty theft, and vandalism.

This doesn’t really scream “hardened criminal” the same way that, say, being a member of the Aryan Brotherhood or Bloods does. For a number of people, barring the simple assault, the activities described might actually more align with “typical weekend as a youth” even. That isn’t excusing crimes, of course, but merely framing them with a different perspective.

Classifying these kind of minor infractions spread across a group this vast is misleading at best. Suddenly, Juggalos on probation can’t wear their “gang-affiliated” gear lest they violate their terms and vendors aren’t likely to keep anything related to a gang in stock, no matter how loosely organized they might be classified. So a lawsuit seems like a legitimate way to try and remove the group from the listing.

(via The Village Voice, image credit via thatguygil)