So now he finally has time to make an Iron Man suit, yeah? 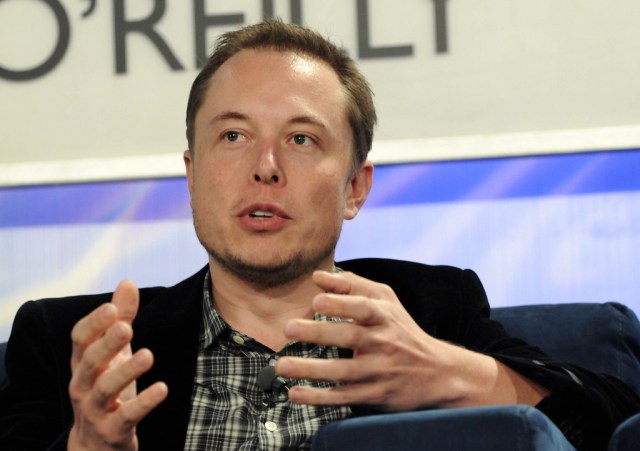 Real-life Tony Stark wannabe Elon Musk has been getting us excited about Tesla motors, space elevators, and privately funded shuttle flights for years now. His latest innovation, the Hyperloop, is a bullet train-like vehicle that can supposedly get you from San Francisco to Los Angeles in only 30 minutes — and today he finally tweeted that he’ll be releasing the alpha designs for this new project on August 12th. Engineer and tech fiends, you’d best start preparing yourselves now. Maybe take a long weekend off from work so you can spend all your time pouring over them.

The SpaceX and Tesla Motors founder first mentioned the possibility of a “Hyperloop” almost exactly a year ago at a PandoDaily event in Santa Monica, California, when he described it as having an average speed of “twice what an aircraft would do.” He has also theorized that it would be possible to power using solar energy, would only cost the California government $6 billion to undertake — compare that to the proposed $60 billion for a bullet train in the same area, which Musk has publicly condemned for being inefficient — and would be able to travel at 685 mph, or 1,102 km/h.

This morning he took to Twitter to announce the eventual release date and ask for “critical feedback.”

Will publish Hyperloop alpha design by Aug 12. Critical feedback for improvements would be much appreciated.

Can’t imagine that anybody could even find anything to nitpick, but hey, didn’t Pepper Potts find an accounting error in Tony’s work in the Iron Man comics once? Everybody needs a second set of eyeballs sometimes.

He has already stated on Twitter that the plans will be Open Source and that they already account for earthquake preparedness, but we won’t know the full extent of what the Hyperloop will be until August. In the original fireside chat with PandoDaily, he had theorized that these plans would be ready on June 20th of this year, so he’s technically behind schedule. However, if the Hyperloop lives up to the… er, hype, then it’ll be more than worth the wait.

(via The Verge, image via JD Lasica)