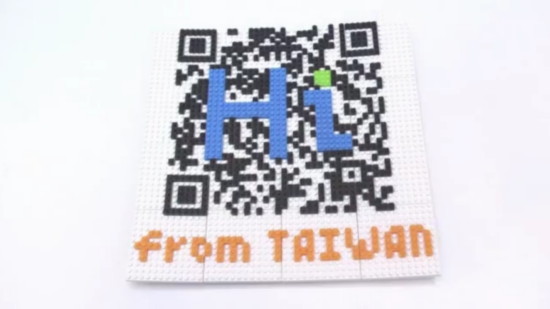 Taiwan wants to let the world know that it exists, and they have decided the way to do that is to assemble 1,369 people to form a massive human QR code. In general, QR codes are stupid, but this one is really interesting due largely to the fact that it is made from people. Since the purpose of the event was to promote Taiwan’s image and make people more aware of the island, we can officially call it a success. Taiwan, you have our attention.

A spokeswoman for the group responsible for the QR code, Sayling Wen Cultural & Educational Foundation, was quoting as saying, “As long as smartphone users take a photo of the trademark code, they can easily link to our website.” That’s at least the theory behind the QR code, but personally I couldn’t get my QR scanner to recognize the image as a valid code from any of the photos I found.

Digging around the internet a little, I did turn up Taiwansayhi.com, which has a video of the QR code being laid out on a smaller scale, the number 1,369, and today’s date. I assume it was a promo for the event today, and might be the the website the QR code takes you to. Google Translate tells me the site is in Traditional Chinese Han, and hasn’t done a great job at translating the site into anything useful.

(via AFP, image via Taiwansayhi.com)