Remains of Hugo Chávez to Be Displayed Permanently, Because That’s Not Creepy 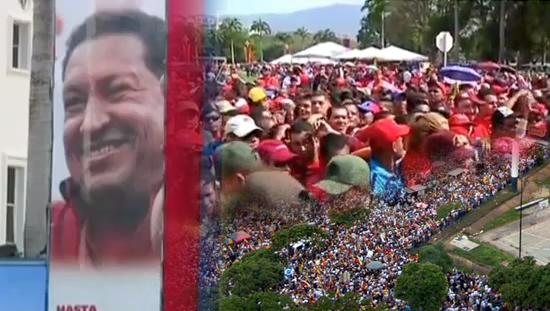 When world leaders die — whether they are beloved presidents, indifferent politicians, or cruel dictators — thousands will always mourn (often publicly and openly) while others will celebrate. We’re a weird, inconsistent race. We erect statues, then tear them down when public opinion shifts or relocates. Humanity’s a complex mix of ideologies and changing minds. What becomes of our leaders’ remains also has a huge cultural impact on us. For example, Venezuela’s acting president, Nicolás Maduro, has announced that the body of Hugo Chávez, a man loved and hated by many, will be displayed “permanently.”

The controversial, revolutionary Chávez will be embalmed and displayed — in the style of Snow White or Lenin —  in a glass case, then installed in the Museum of the Revolution. The thousands who have been filing past his body went to pray, pay respects, or “shake their fists.” Some insisted that they wouldn’t let his “socialist revolution” die. Chávez’s mummification will be, as interim President Maduro explains, so that “his people will always have him.”

Which is creepy but appropriate, if you really liked the guy and want to memorialize him in a way that even the Ancient Egyptians wouldn’t have dared. Though embalmed — in a decidedly different manner — the Egyptians buried their pharaohs deeply and securely. Nowadays, we’ve got preservation techniques down pat.

Of course, plenty weren’t so fond of Chavez. Greg Grandin, a professor at New York University, said in an obituary for The Nation:

Chávez was a strongman. He packed the courts, hounded the corporate media, legislated by decree and pretty much did away with any effective system of institutional checks or balances. But I’ll be perverse and argue that the biggest problem Venezuela faced during his rule was not that Chávez was authoritarian but that he wasn’t authoritarian enough. It wasn’t too much control that was the problem but too little.

(via AP and The Nation, images courtesy of YouTube)