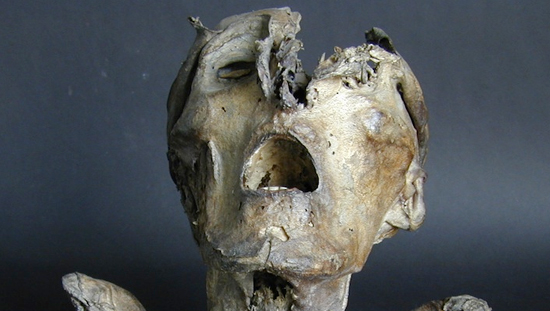 Mummies are everywhere — not just Egyptian tombs and Hollywood movie sets, but in almost every part of the world. Hailing from China, Peru, Chile, the Canary Islands, the preserved, unwalking dead populate history. Even Italy. If you’ve never seen any specials on the mummies discovered beneath Rome or Sicily (8,000+ mummies in the Capuchin Catacombs alone!), you’re missing out on some mind-blowing cultural views and some spectacular nightmare fuel. The general conclusion is, wow, our ancestors really thought long and hard about death, preservation, and creepy ways to remind us of our own mortality. But sometimes the mummies we find tell us what our ancestors knew about biology — about life — not just the innovations of death. Today’s example: New analysis of a Dark Age mummy reveals that its preparator knew more about science than we thought.

This isn’t the oldest mummy, nor even a complete one, and there’s no funereal wrappings to be found. It’s just the head-and-shoulders of a man with the top of his skull and brain removed. Radiocarbon dated between A.D. 1200 and A.D.1280, it’s the oldest known example we have of “preserved human dissection.” No one knows who the guy was or why he in particular was chosen for anatomical preservation, but the scars on the face — made by rodents and insect larvae — suggest it may not have been a voluntary role. Gruesome, to be sure, but fascinating. 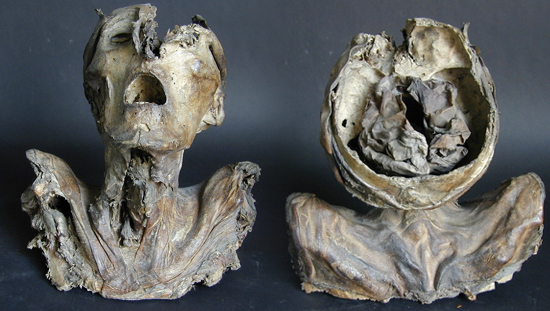 And check this: They found that the arteries and veins of the mummy were filled with a blend of beeswax, lime, and mercury, which formed an ingenious mixture that not only aided in preservation but gave the circulatory system greater visibility and color. Given that this corpse was handled in the Dark Ages — a time in history we tend to associate with ignorance and barbarism — this should sound like some cadaverous form of alchemy, but it’s surprisingly scientific in its effectiveness. Physician and forensic scientist Philippe Charlier at the University Hospital R. Poincare in France told LiveScience, “It’s state-of-the-art [for the time period]. I suppose that the preparator did not do this just one time, but several times, to be so good at this.”

There have been other examples of anatomical study in medieval times, but none quite so far back and none intended to be preserved dissection specimens. In 1308, for example, nuns dissected the body of abbess Chiara of Montefalco (who was sainted more than 500 years later) and allegedly found a tiny crucifix in her heart and three gallstones in her gallbladder (which the nuns took as symbolic of the Holy Trinity). Different reasons for dissection, of course, and very different conclusions.

Still, it would be cool if Hollywood did take cues from these sorts of mummies. Mummies that shine a light on the past and our mortal attempts to understand how we function.

So yeah, not all mummies are about death. Some are about life. Ever-life. 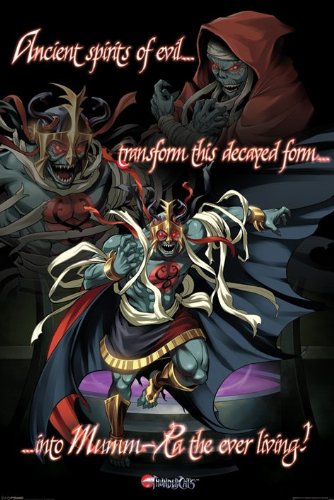 (via LiveScience, images courtesy of the Archives of Medical Science and Amazon.com)