Hugh Laurie to Join Cast of Robocop | The Mary Sue 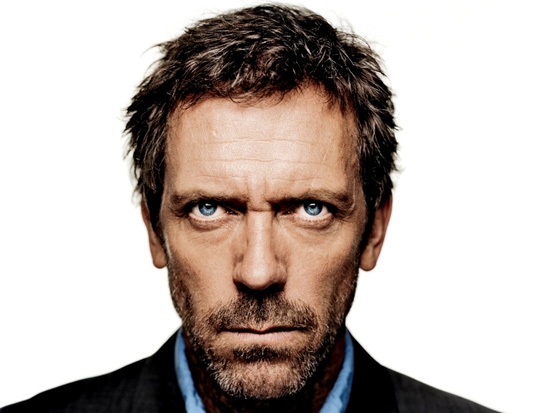 Here’s a few things you might not have known: First, there’s going to be a new Robocop movie set to re-tell the origins of the part man, part machine, all cop crimefighter. Second, some pretty big name actors are already attached to the film. Now, it seems like British actor Hugh Laurie will be joining them as — wait for it — the villain.

According to The Hollywood Reporter, Laurie is in talks to be cast as “the evil ultra-rich CEO of Omnicorp, the company that makes Robocop.” Though it’s hardly a done-deal, it’s pretty exciting to see Laurie, who has wowed audiences for eight seasons in House M.D., being attached the project.

If it all comes together, he’ll be on screen with Gary Oldman, who will play the scientist that “creates” Robocop from a dying police officer, and Joel Kinnaman who will be playing the titular robotic law enforcement officer. On top of all this is Samuel L. Jackson, signed on to play a media tycoon.

Oldman, Jackson, and Laurie. This just got real.

While I am excited by the casting, I have to say that I have my doubts about the film. The original 1987 Robocop film almost perfectly encapsulated the 1980s. It had everything: Coke snorting ultra-rich sleaze bags, faceless corporations placed in charge of civic operations, omnipresent media for the dead-eyed masses (“I’d buy that for a dollar!”), and dying cities riddled with crime. It was equal parts sci-fi and satire, and it worked brilliantly.

2012 is very different than 1987, and it’ll be interesting to see where this new Robocop ends up, though I daresay it will come up short as a cultural touchstone. But with a cast like that, hopefully we’ll get a new interpretation of this modern fable about a robot cop that shoots dudes.

Also, for those of you with memories that go back more than 10 years, here’s how I will always remember Hugh Laurie.