UPDATED: Has Brown Ben Plumm Been Cast For Game Of Thrones Season 4? 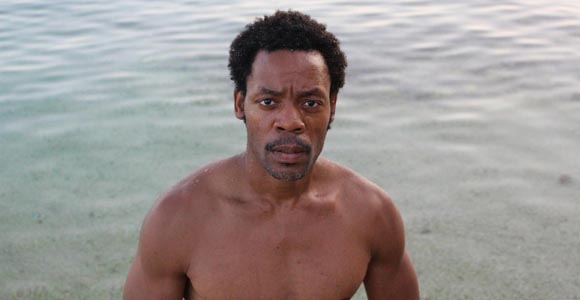 Angolan actor Hoji Fortuna is the next new face to show up in Westeros for Game of Thrones Season 4. Could it be? Have they cast Brown Ben Plumm? Hit the jump for our evidence!

IndieWire has the scoop this time writing, “The part he’s playing is being kept under-wraps for now, but the actor informs that he’s heading to Dubrovnik, Croatia where he’ll be for the entire month of September, shooting on the series.”

“Good morrow, lads! I am finishing preparations for a trip to King’s Landing! News very soon,” he wrote, “You know what I’m talking about, right?”

While “King’s Landing” doesn’t exactly make sense for Brown Ben Plumm, the commander of a mercenary company close to Daenerys, the actor could have just been using the fictional location as a stand-in for Croatia as a whole. But it’s Fortuna hitting “like” on a commenter who wrote, “BROWN BEN PLUMM” that leads me to believe he made a correct guess.

A small part of me was hoping HBO would cast Michael Kenneth Williams as Plumm in order to secure my theory that Game of Thrones, Boardwalk Empire, and The Wire all take place in the same universe. But I suppose we still have time for him to pop up somewhere.

What do you think of the casting? Can you think of another A Song of Ice and Fire character Fortuna might be taking on instead?

[UPDATE] From WinterIsComing.net, “According to HBO, Hoji Fortuna has NOT been cast. At least, not as anything other than an extra. A featured extra with one or two lines, at most. So definitely not Brown Ben Plumm and probably nothing at all.”