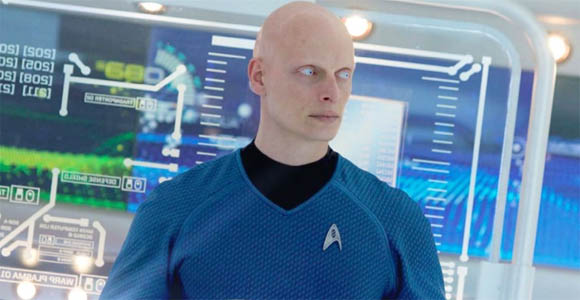 Joseph Gatt will be moving from space to Westeros this year. He’s landed a gig on HBO’s Game of Thrones but who will he play?

We’re not quite sure. The Hollywood Reporter writes:

“HBO confirms to The Hollywood Reporter that the actor has been cast in the upcoming fourth season of the hit, but isn’t revealing what role he’ll be playing. Speculation online (fueled by Gatt’s IMDB page) has him pegged as Styr, Magnar of Thenn, the wildling leader known for his muscular build and hairless body.”

Well, that would make sense. We previously heard word of three George R.R. Martin characters making their debut on the series in Season 4 and Styr was one of them. The other two, Mace Tyrell and Prince Oberyn Martell have already been cast as Roger Ashton-Griffiths and Pedro Pascal respectively.

Mark Gatiss has also been cast in an unrevealed role but we’re going to go out on a limb and say he wouldn’t make a better Styr than Gatt.