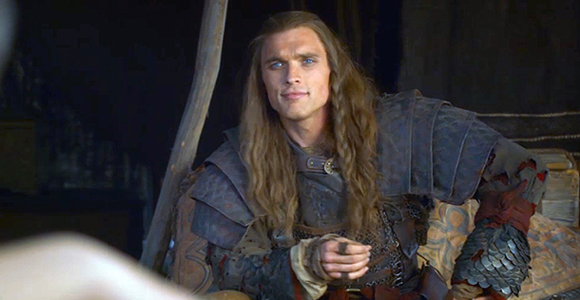 If you weren’t too keen on the actor HBO chose for Daario Naharis in Game of Thrones, it’s your lucky day.

Ed Skrein landed what could be seen as a coveted role for Season 3 of the hit cable series, getting to star alongside Emilia Clarke’s Daenerys. But as is the case with most casting choices for adaptations, fans had mixed reactions on his look. Once I saw him in action, I was satisfied with the choice but a few still weren’t convinced in Skrein’s Daario-ness. So for those people, I hope you like his replacement. But who is it?

Michiel Huisman. If that name sounds familiar it’s because just yesterday we reported on the actor claiming an unspecified role on Game of Thrones. Rebecca surmised he could take on one of the Greyjoy uncles or a Martell but we never even considered he’d replace an existing actor.

Deadline had the info on the replacement but it was The Hollywood Reporter who says they found out who Huisman would take over for. There’s been no confirmation from HBO on the particulars but THR writes, “Word of Huisman’s casting first surfaced on Instagram, where his trainer posted a photo of the actor bulking up to prepare for Thrones.” The photo has since been taken down.

It’s difficult to speculate on why Skrein would have been recast but Game of Thrones actors have had to leave the series due to scheduling conflicts before. Conan Stevens, who played Gregor Clegane, left to join The Hobbit as the Orc leader Bolg and was replaced with Ian Whyte for Season 2.

What do you think of the change-up? If true, this would be the second GoT actor replaced for Season 4. Personally, I’m just hoping they give him blue hair this time.