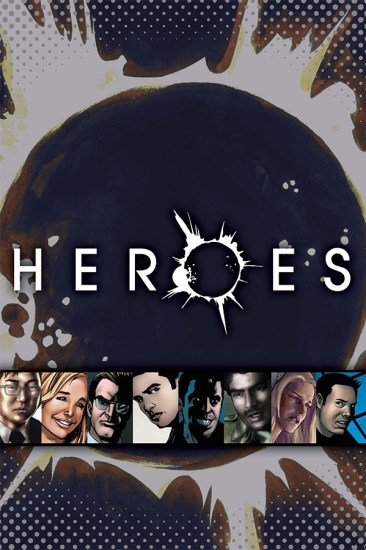 Like a cheerleader with regenerative powers, Heroes is making an improbable comeback. The former NBC show will be getting a new comic book series from Dynamite Entertainment and Cullen Bunn. Bunn, famous for The Sixth Gunn and various Deadpool titles, will take the many preexisting characters from the show,which ran from 2006 to 2010, and steer their lives in unexpected directions, according to the press release from Dynamite, released in anticipation of San Diego Comic Con later this week. Apparently a fan of the original series, Bunn talked about where he wants to take the already comic-influenced world of Heroes in the new series.

Like so many others, I was a huge fan of Heroes during its original run. I was drawn to a cast of characters with interesting back stories and development, a setting boiling over with potential, and — of course — the exploration of superpowers in a ‘real’ world scenario. With this book, I have the opportunity to contribute to the mythology of the series in a way that will surprise readers.  When I was watching the show, I never could have imagined the direction I’d be taking the story.  The narrative I’m developing will be multi-layered, complex, and character-focused, and it will shake up the Heroes storyline in a major way.  I don’t think anyone is expecting what we have in store for Claire, Hiro, Peter, Niki, Sylar, and the rest of the gang.

Dynamite and Bunn both emphasize major changes and surprises in their description of the series, but the comics will still, clearly, feature much of the large cast that viewers grew to know over the course of the series. For fans of the show, it will certainly be interesting to see what Bunn includes and expands upon in the comic, especially given that Heroes also had a run as a webcomic, which can be found on the NBC website and as the print collections of that webcomic.

Given that the comic book series is being made, there’s little hope that Heroes will be rebooted by X-Box, as we heard back in April. The lack of a television reboot makes sense given that key players like Zachary Quinto and Hayden Panettiere are busy with film and TV careers that don’t involve Heroes. A comic book will, of course, allow all the characters to appear without the trick of scheduling all the former actors to appear, and the tactic has been employed successfully by the likes of Buffy The Vampire Slayer, Firefly, and The X Files to keep sci-fi heavy TV shows alive after the series finale. Heroes getting its own comic book, however, may be particularly appropriate given that the show always felt very much like a comic book to begin with.  There were alternate time lines, there was a large cast of super-powered characters, and there were even seasons that were split up into “Volumes” over the 4 season run. The most surprising things about a new Heroes comic is that it comes three years after the season finale, for a show that, while popular at the time, doesn’t have the famously vocal following of a show like Firefly or Arrested Development. Still, I’m sure many Heroes fans will be excited to see their favorite characters back for more timeline hopping, power stealing, healing, and super powered drama.

(via Comic Beat)
Previously in Heroes