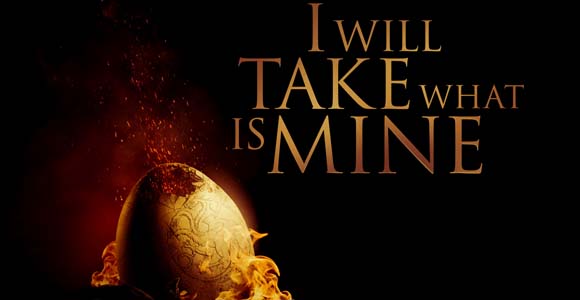 It didn’t really surprise anyone to find out HBO’s Game of Thrones was the most pirated show of 2012. After all, HBO is a paid subscription service and many people don’t like their limited expensive options in a world immediate entertainment. But I suppose it doesn’t help the cause when one of the people working the show, a director to be more specific, publicly says he doesn’t mind when people pirate his show. And it just so happens that The Copyright Alert System is about to start sending us all notices to stop the illegal downloads. Great timing, dude.

David Petrarca is the director of two Game of Thrones episodes, “Garden of Bones” and “The Ghost of Harrenhal.” He also has a long list of directorial credits including Dawson’s Creek, Eli Stone, and other HBO series like Boardwalk Empire and True Blood so I can’t imagine the network will be too pleased with what he had to say at Perth’s Writers Festival.

According to the Sydney Morning Herald he was, “a member of a panel discussing the rise of premium cable TV channels and its challenge to novels as a format of storytelling” during which the topic of piracy was brought up. Apparently 10% of last year’s GoT downloads came from Australia.

But Petrarca shrugged and said the illegal downloads did not matter because such shows thrived on “cultural buzz” and capitalised on the social commentary they generated.

“That’s how they survive,” he told the crowd gathered at the University of Western Australia.

He said HBO alone had 26 million subscribers in the US and 60 million worldwide, which meant there was plenty of money filtering in and allowing the channel to produce high quality content despite any illegal downloading.

You might think differently if you watch behind-the-scenes features on the GoT Season 2 DVD where creators often speak of having to make amazing things happen with a small budget but either way, Petrarca’s words come at an interesting time.

The Copyright Alert System was organized by both the film and music industries to help target pirates and are readying action. According to the Associated Press:

Under the new system, complaints will prompt an Internet service provider — such as Verizon or AT&T — to notify a customer whose Internet address has been detected sharing files illegally. A person will be given up to six opportunities to stop before the Internet provider will take more drastic steps, such as temporarily slowing their connection, or redirecting Internet traffic until they acknowledge they received a notice or review educational materials about copyright law.

Consumers who maintain they have been wrongly accused would be forced to pay $35 to appeal the decision. The fee would be reimbursed if they prevail.

Advocates are saying this is more a deterrent and an educational tool for the average consumer, perhaps the average consumers who weren’t going to illegally download something until a creator told them it was ok? Final warnings in this new system would include slowing a user’s connection speed or redirecting internet traffic until they acknowledge the behavior.