Agent Carter Will Likely Appear In Ant-Man | The Mary Sue

Well, You Have My Attention: Agent Carter Will Likely Appear In Ant-Man

Relevant to our interests. 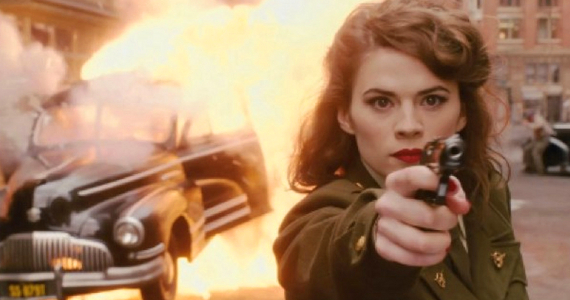 And just like that, Can’t-Man became mildly more interesting.

According to ComingSoon, a recent casting call lends more credibility to a rumor from way back in August that Hayley Atwell will appear in Ant-Man as Agent Carter. Here’s a post that appeared in Project Casting for an Atlanta production and seems to confirm rumors of a Carter cameo:

Casting directors are looking for an actor to work as a stand-in for the actor Haley Atwell. Hayley Atwell is 31, 5’7 and 112 pounds. She is best known for her work in stage productions such as A View from the Bridge, and in films such as Cassandra’s Dream, The Duchess, The Pillars of the Earth, and Captain America: The First Avenger. In addition, casting directors are looking for a body double that meets certain requirements.

According to ComingSoon, the original rumor surrounding Atwell’s involvement was that (mild spoiler alert, assuming there’s any truth to this scuttlebutt) Peggy would appear in one of Michael Douglas’ flashbacks at the start of the movie. The scene is said to show the founding members of S.H.I.E.L.D., including Carter (either Atwell or a look alike), Howard Stark, Armin Zola and Alexander Pierce.

Obviously this is all still speculatory, but considering the disconcerting theories we’ve heard so far surrounding Ant-Man‘s female characters, it’s nice to know that Carter will make an appearance—albeit maybe a brief, silent one.