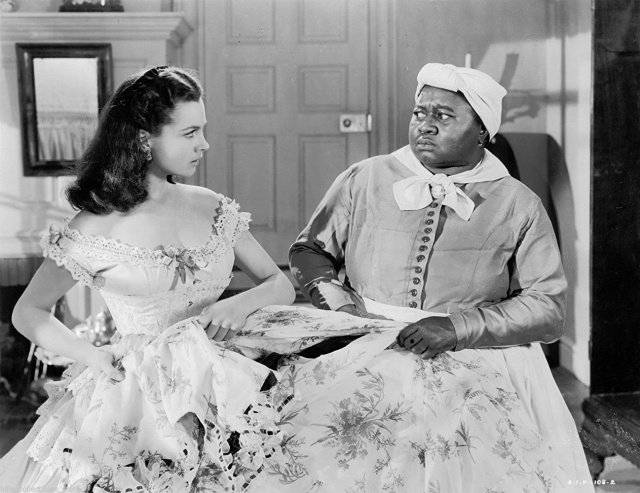 In 1940 Hattie McDaniel became the first black actor to win an Academy Award for her role of Mammy in the iconic film, Gone With the Wind, and her story will be brought to the big screen in an upcoming biopic.

According to The Hollywood Reporter, producer Alysia Allen has obtained the film rights to Jill Watts’ biography Hattie McDaniel: Black Ambition, White Hollywood and will produce the movie along with Aaron Magnani. Both are currently searching for the right screenwriter to adapt the book for the screen.

Hattie McDaniel herself was the youngest daughter of freed slaves and in addition to acting McDaniel was also a songwriter-singer, stage actress, and comedian. Hattie McDaniel’s win for Gone with the Wind has not been without controversy with many critics both then and now finding the role reductive and part of a problematic narrative about the South, while others see it as an important milestone for black actors.

While the roles she took did have a lot of stereotypes in them, she was extremely successful and used her influence to support good causes. On the flip side, organizations like the NAACP often criticized McDaniel for taking roles as a maid and for not being an active part of the Negro movements and avoided being a part of any public controversy in order to secure her own position in Hollywood as one of the few top black actresses.

When it came to success after Gone with the Wind it did not mean much for her. Even at the ceremony itself, there was segregation, and McDaniel could not even sit with her castmates. The hotel she stayed in had a strict no-blacks policy,  so a “special favor” had to be called in just to have McDaniel allowed into the building.

After McDaniel’s death, her Oscar, which she left to Howard University, was deemed valueless by appraisers and went missing from the school and hasn’t been found since. Her final wish was to be buried in Hollywood Cemetery, but at the time of her death, it was a white only cemetery so she was denied entry and had to be buried at her second choice, Angelus-Rosedale Cemetery.

I hope that this film will do justice to the life and legacy of this iconic, yet controversial figure. Also, if Gabourey Sidibe or Octavia Spencer aren’t offered this role everyone is Hollywood is a failure. Don’t turn this into another Zoe Saldana as Nina Simone situation, because that is not what we deserve for 2018.