Turns Out Harrison Ford Broke His Leg on the Set of Star Wars, But He’s Fine Now 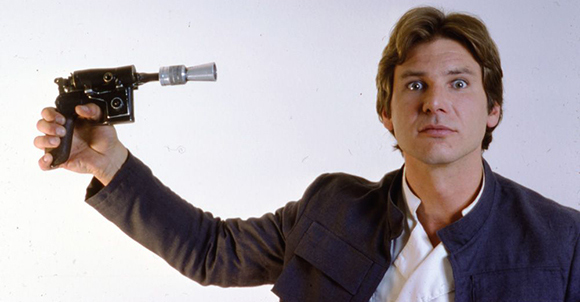 A short update to the story of that time Harrison Ford “sustained an ankle injury” on the set of Star Wars: Episode VII because it turns out he’s 71 years old and that happens: He actually broke his left leg. His publicist Ina Treciokas has released an official statement, saying Ford’s “surgery was successful and he will begin rehab shortly. He’s doing well, and looks forward to returning to work.”

According to Digital Spy the rumor is that “Ford was injured while filming a scene involving Solo’s spaceship the Millennium Falcon.” But I have my doubts, and not because J.J. Abrams denied that the Millennium Falcon would be in the movie (utilizing a Millennium Falcon prop to do so, I see what you did there.) If Ford broke a leg, it’s because he snarked too hard at some youngster and the sheer power of his grumpiness caused him to fall over like a defective Weeble. He’s King Old Curmudgeonly Bastard, and I wouldn’t have it any other way.