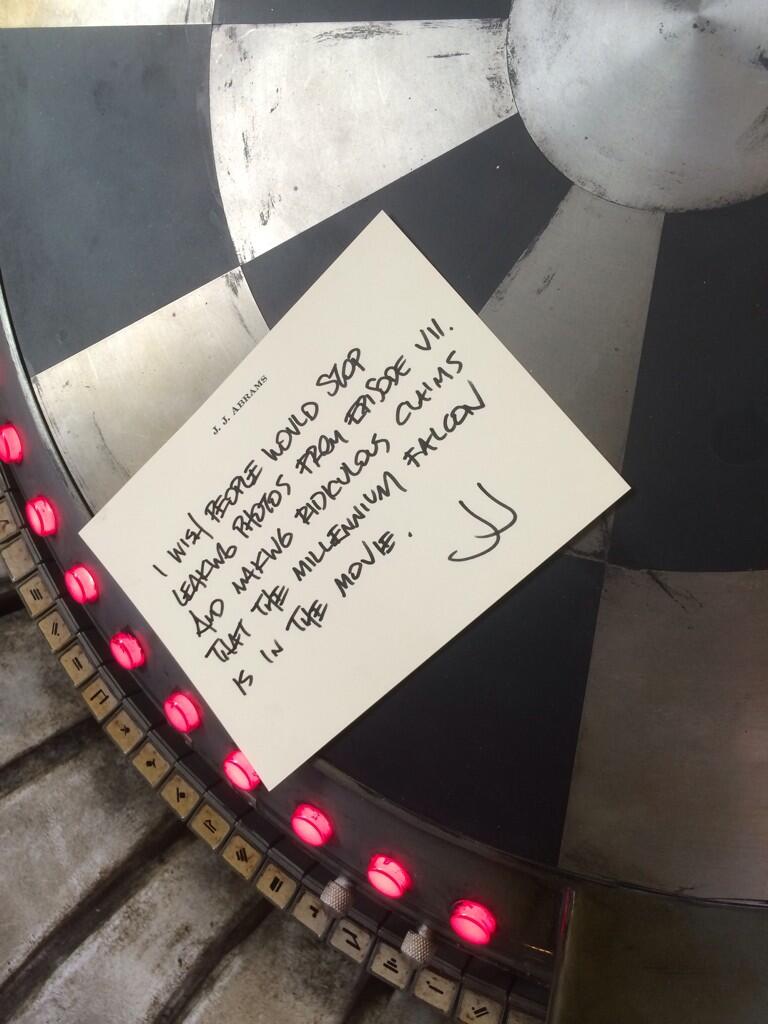 Director J.J. Abrams would like you all to know he’s very disappointed in you. The message reads:

I wish people would stop leaking photos from Episode VII. And making ridiculous claims that the Millenium Falcon is in the movie. JJ

This comes after, well, leaked set photos surfaced of some…ship parts? That’s what it looked like to me anyway, but people thought it was the Falcon and the rest is history. But regardless of what trolling Abrams might be up to, be nice and maybe he’ll keep releasing videos where we get cool sneak peeks at aliens!