Hades Is Not the Devil

The God of the Underworld is more complex than that 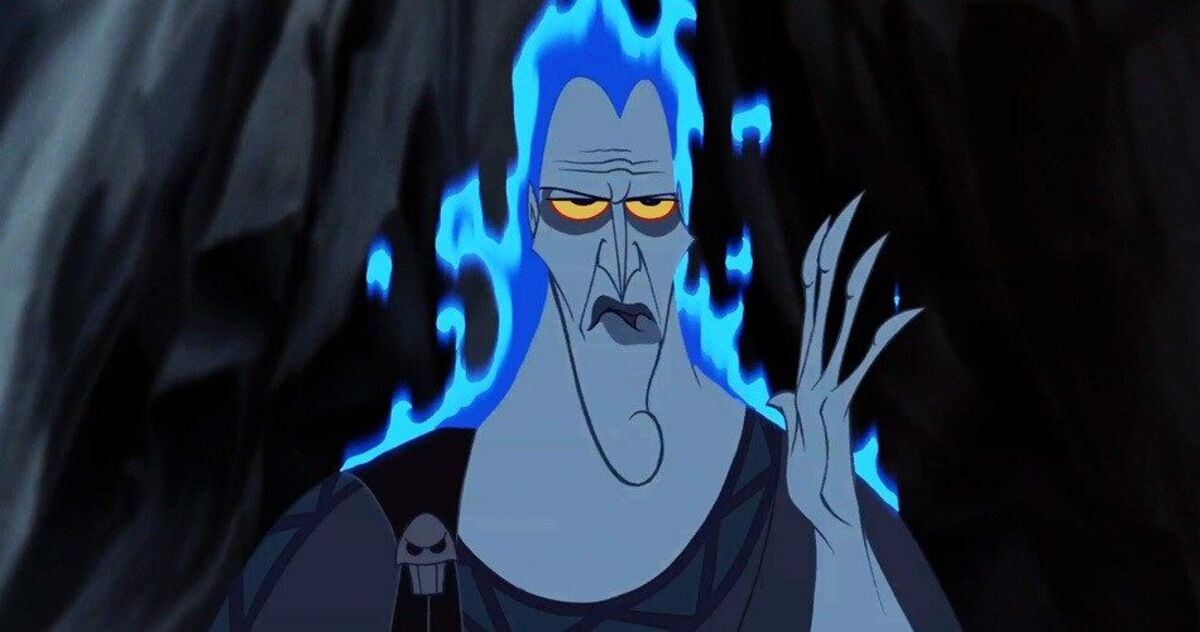 I was not expecting to see the God of the Underworld on Nailed It!, but I guess stranger things have happened on the charming baking show. Contestants were asked to recreate cupcake statues (go with it) of Greek gods and were presented with a typical bearded man holding lightning as Zeus, a lovely woman as Aphrodite, and … a blue demon as Hades, who host Nicole Byer used a demonic voice to introduce. It was funny but also dismaying because once again the King of the Underworld was being portrayed as a creepy demon and that’s just not accurate at all.

First off, it’s hard to talk about Hades or any God as just one thing. Myths and beliefs shift over time and Hades was worshipped in Greece for centuries and even absorbed into Roman mythology and belief (we’ll get there), so we can’t exactly say Hades is one thing, but there are definitely things he’s not. And the big one I’m concerned with here is … evil.

Hades has been around for a good long while, so there are different beliefs and stories from different eras. But interestingly, Hades is actually not as old as some of the other Greek gods. Yes indeed, prior to the well-known Archaic and Classic age of ancient/Hellenic Greece, there were other eras to Greek history, which included the Mycenaean civilization, which flourished from 1700-1100 BCE, and the Greek “dark ages” from 1100 to maybe 800 BCE.

After the collapse of Mycenaean Greece, there are centuries of history with little to no records (hence a dark age). We know more about the Mycenaean civilization than we do about Greece during those dark ages, including that the Mycenean god of the underworld was … Poseidon. Yeah, that’s right. Hades didn’t exist in Mycenaean Greece and showed up sometime in those dark ages. We don’t really know where he came from before that, but it’s interesting to see his as a relatively new edition to the Greek pantheon in context.

Hades is mysterious in a lot of ways. We don’t even know very well what the name Hades even means or its etymology. Some roughly translate it as “unseen”  and Hades itself has come to mean his rule of the underworld, as well as its ruler. Over time, as Greek culture absorbed gods and from other areas and was in turn adopted by Rome, Hades also became conflated with the potentially separate figures of Aidoneus, as well as the Roman Gods Plutus, who was a god of wealth and the bounty of the earth and Pluton a separate god of the underworld. Underworld, gold, wealth, jewels, it makes sense.

Hades himself was more of a manager, not a hands-on God and as far as we know, he was invoked for curses and such and paid his due in sacrifices, and may have had a cult. But the main mystery cult we know of associated with the underworld and Hades realm and myths wasn’t Hades himself, but his wife, Persephone, and Mother-in-law/Sister Demeter, as part of the Eleusinian mysteries. He wasn’t a demon, he didn’t punish anyone in the underworld who didn’t deserve it, and he wasn’t cruel.

Hades was the firstborn son of the Titans Rhea and Cronos and was swallowed by his dad along with his sibling until Zeus set them free. After the Olympians defeated the Titans, Hades, Poseidon and Zeus drew lots to see who got to rule what realms, with all of them sort of sharing the earth.

Hades got the underworld, and, yeah, that did make him sort of scary for the Ancient Greeks. He was a Cthonic god, meaning he was spooky, sacrifices were made at night and in the dark and you didn’t really want to attract the attention of him or other gods because, well, ghosts and death and the underworld. But still, he was not dangerous or evil no more than death itself is evil. (Side note, Hades is not the Greek God of the death itself, that would be Thanatos). Hades and Persephone in Lore Olympus

In fact, the concept of any God being “evil” (or even what we’d now consider morally “good”) doesn’t really fit with Greek religion and myth. All of the Olympian Gods were flawed and spiteful: just look at Zeus’s constant myths involving sexual assault, many a vengeful, murderous God, or you know, the entire Trojan war. The Gods could help people and were powerful, but they were worshipped because they were Gods, not paragons of perfect morality. In general, Hades was one of the better-behaved Gods in Greek myth. Yes, he abducted Persephone, but that was because Zeus said to and their relationship was remarkably functional by Olympian standards.

So why is Hades always portrayed nowadays as a baddie? Well, there are a lot of reasons, including the way we generally fear death, but monotheism and Disney are the big two. Let’s start with monotheism. In Greek translations of the Hebrew Bible, the word “Hades” was used for “Sheol, denoting a dark region of the dead. Tartarus, originally denoting an abyss far below Hades and the place of punishment in the lower world, later lost its distinctness and became almost a synonym for Hades.” Centuries passed, and Christianity, with its focus on hell and demons, became a primary religion, and Hades remains associated with hell and then gets saddled with the idea of Satan/The Devil.

Christianity and its ideas of sin, hell, and one good God eternally punching down against a single evil not-God influences a lot of people’s thinking and popular depictions, and we just … tend to view things in a good/evil binary. That’s why when Greek myths get adapted for modern audiences, the horrible stories of things like sexual assault and the tragic endings brought on by hubris often get sanded away. The heroes become more heroic for our modern sensibilities and to be heroic they need a proper villain. Enter Disney and their take on Hades in 1997’s Hercules.

As a kid’s movie, Hercules is fine, but as an accurate take on mythology, it’s complete garbage. Now, I don’t really begrudge Disney getting rid of the parts of Hercules story where he, for instance, murders his wife and children, but their choice to really lean into making Hades essentially the devil who wants to overthrow the nice shiny gods has resonated throughout the culture. So too has their design of Hades himself as blue and glowing, which is honestly fine and I like that everyone just makes Hades blue now.

I have conflicted feeling about Hades in Hercules. On the one hand, he is by far the most entertaining part of a generally mediocre movie, but actor voice James Woods is a completely terrible person. And as cool as Hades looks, the Disney version of him exemplifies everything wrong with our simplified and often Christianized view of many deities. And that’s a shame because most of these myths and gods are so much more interesting and compelling as they were seen in their time and not as some sanitized version for modern audiences.

When you see Greek gods in the media, they’re generally depicted in a way that matches Christian viewpoints of heaven and hell. Just look at the absolute mess that was 2010’s Clash of the Titans, where Ralph Fiennes’ Hades was, much like the Disney Hades, an apocalyptic baddie. That same year Percy Jackson and The Olympians: The Lightning Thief also made Hades into a fire and brimstone force of darkness and that was one of the many stumbles of that film.

That’s not to say all modern conceptions of Hades are bad. Indeed, many are very good and generally not too satanic. Modern audiences have a lot of different versions of Hades to enjoy, and it should be noted that not all of them make him into a Greek devil-figure. Like his wife Persephone, Hades has been reinvented in many different ways, from the cold and uncaring tyrant of Hadestown to the sort of demonic bad dad who’s actually not so bad antagonist of the videogame Hades (though that underworld is kind of hell-lite from what I can tell), to the sexy, brooding romantic lead of Lore Olympus.

Hades is very much in the consciousness right now, and so while it’s fine if you want to depict him as blue or greedy or whatever, but please don’t think that just because he rules the land of the dead that he’s the same as the Christian devil. And honestly, most of the stuff we associate with the devil and hell also doesn’t have much basis in the actual Bible, but that’s for another post. On Twitter, Alicia T. Crosby has a brilliant thread about the terrible takes currently coming from conservatives about Lil Nas X’s “MONTERO (Call Me By Your Name)” video, in which she breaks down how the video addresses Christian religious trauma and subverts oppressive imagery.

Hades, like all deities, is complex and needs to be approached in the right context. None of us are in a hurry to meet him in person, but that doesn’t mean we shouldn’t have a better understanding of where he came from.