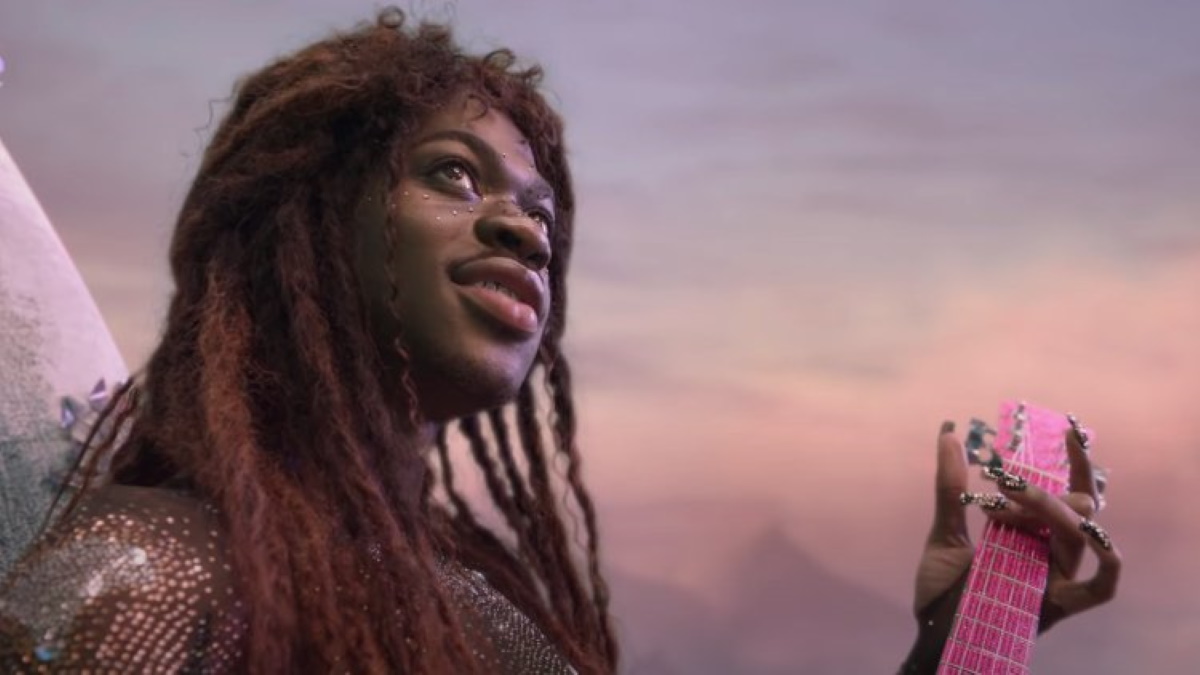 Lil Nas X’s recent release Montero (Call Me by Your Name) is sure to spawn all sorts of gifs of him sliding down a stripper pole from the clouds of Heaven to the fiery pits of Hell. As a Black queer woman, I couldn’t help but nod my head in recognition of one of the things we’re told when it comes to having a rainbow-tinted view of the world: we’re going to Hell.

In case you’re curious, the other thing we’re told is that we’re gonna bring about the utter destruction of mankind. Generally, this is via a natural disaster. Trust me, there’s always a conservative ready to blame hurricane (insert name) on the gays.

When I hear these things about my community, or when they’re hurled directly into my personal bubble, I shrug and think about the fact that if we really are destined to go to hell, then my wife, at the very least, will be there with me to drive the party bus. I’m not sure if either of us would be up for grinding on Satan, but we’d definitely pal around with him, maybe make a Hell-themed island in Animal Crossing full of scorpions or tarantulas. Now THAT would be Hell.

But that wasn’t always my mindset, and on the wrong day, a wayward comment will undo years of IDGAF energy when it comes to homophobia. That’s why as iconic as this single is gonna be, what really hit me was the letter Lil Nas X wrote to 14-year-old Montero.

Anytime I see a tweet that asks, “What would you tell your younger self,” ten times out of ten I end up saying something like embrace yourself and yes, you like girls. There’s no way to actually go back and give myself this advice, but it feels good to be so sure of myself now, and I always hope that someone younger than me sees it so they can reach the conclusions that took me years to get truly comfortable with.

But it never occurred to me to address the things Lil Nas X is talking about, namely, “I know we promised to never be that type of gay person,” and, “They will say I’m pushing an agenda.” Of course, the parts about how this song, and this letter, will open the doors for many queer folks (and how the agenda is to make folks stop dictating who we should be) are important, but I wanna talk about the idea of that type of gay person.

I can’t speak for every queer person and their experience. All I can do is speak on my own and what I’ve come to realize after reading Lil Nas X’s letter.

In the multiple times I’ve had to come out over the years, I would always steel myself for outright hate, but I was never prepared for acceptance—question mark. I say question mark because some people would say they accepted me, but then they’d put an asterisk on it. When my wife (girlfriend at the time) and I told her mother about us five years into our relationship, her mother was fine with it. This was back in 2006.

We were told that we didn’t have to tell everyone. It was our business, so there was no reason to let everyone else in the family know.

We accepted this for two reasons, 1) It wasn’t the extreme rejection we were trained to be afraid of, and 2) Queer people are constantly told to not flaunt their queerness. “I don’t mind gay people,” we’re told, “I just don’t wanna see it.” And I don’t know about you, but I knew exactly what kind of gay person they were referring to.

And this notion of not flaunting is drilled into our heads to the point of looking at the ones who are unabashedly gay and turning up our noses at them. “I’m not like them,” I would think to myself, a mere 22 years old and breathing a sigh of relief because my partner’s mom hadn’t spat in my face. All I had to do was not flaunt it, be a quiet (not) gay girl who didn’t go on and on about being … me.

Yeah, eventually, I realized what don’t flaunt it really meant, because really, all I wanted to do was BE with my partner.

More importantly, I just wanted to be myself. 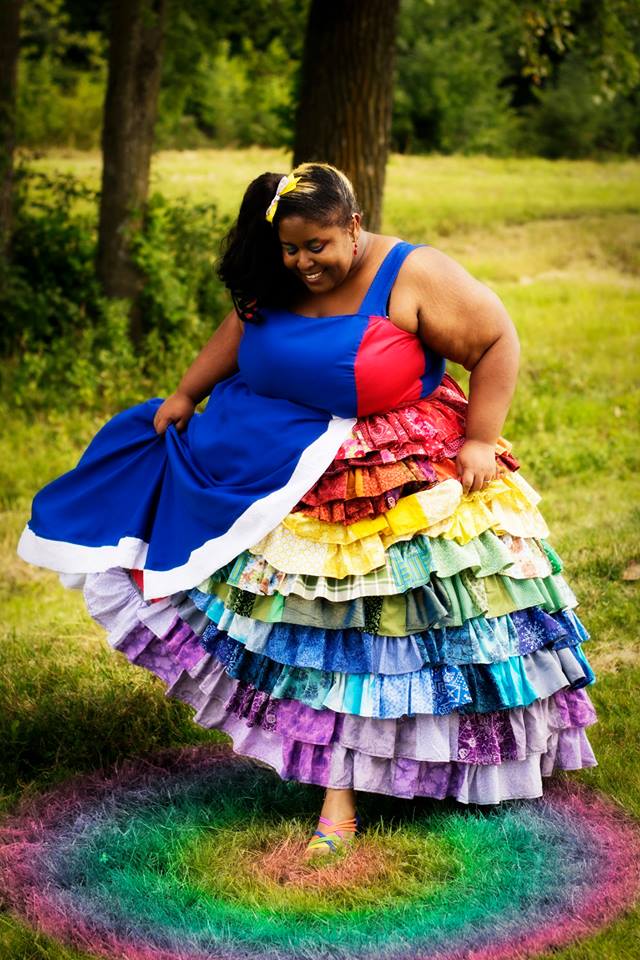 I wanted to sit with my partner at the dinner table as me and not as this “roommate” her mother created for her own comfort. And I got to watch everyone else be themselves. My partner’s little brother, for example, brought home a couple of different girls until he finally stayed with one and married her. But those girls, who had just gotten there, who hadn’t had years of a relationship with this boy, didn’t have to pretend to be something they weren’t.

In hindsight, it’s laughable what folks consider to be the queer agenda and how we’re accused of, I dunno, being a constant flash mob who glitter bombs everything?

The agenda we have is acceptance. That’s it.

So many of us just wanna be able to exist without being accused of bringing about the end of days. The reality is that no matter what we do, someone’s gonna see us as being something other than human. The reason we keep talking about it is because, in a lot of cases, that someone is either a person we care about or a person with the power or influence to make life difficult for us.

“You don’t have to make a big deal about it.”

Honestly? It’s not us making a big deal out of it. It’s everyone else who keeps trying to negotiate how much of us we should let people see.

So to my 22-year-old self, the one standing in that pristine kitchen with her partner as she’s told to not make a big deal about being a recent college graduate who just moved in with her girlfriend, I have this to say: you’re gonna be bothered by her mother’s “keep it to yourself” commentary, and you’re gonna internalize it, and you’re gonna sneer at those other gays because that’s what folks want you to do. But eventually, you’ll realize, that by existing you already ARE one of those other gays, and eventually, you’ll be fine with it, stop hiding it because someone tells you to, and you’ll make somewhat witty comments about hanging out in Hell with Satan and throwing blue shells at him in a kart racing game.

Thank you, Lil Nas X, for putting this out there so early in your life. You said that you’re opening the door for many queer people, and I hope you realize that’s not just young queer folks, but ones older than you, like me.