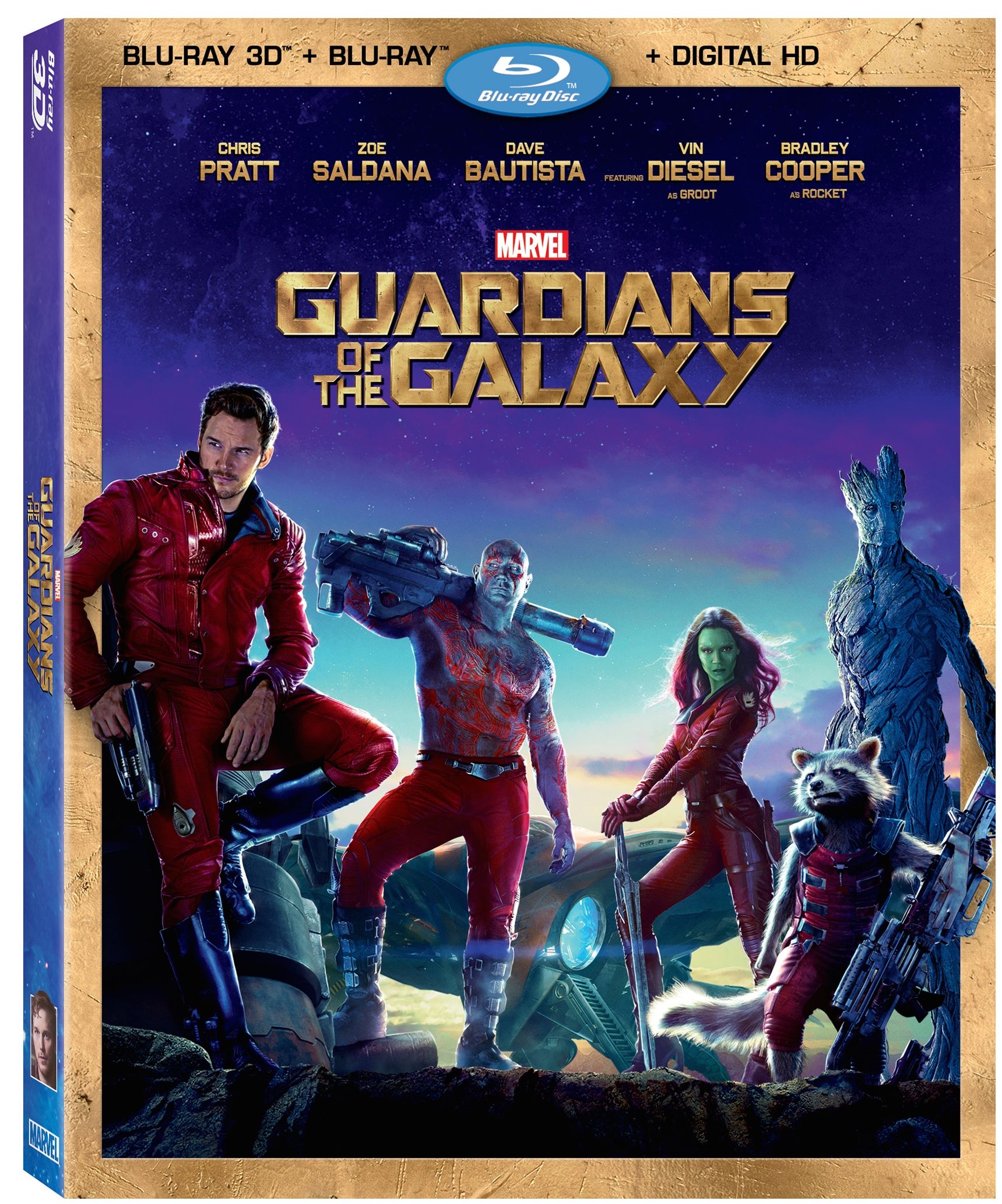 Guardians of the Galaxy just surpassed The Avengers for me as my personal favorite Marvel film. That being said, I still have a very special place in my heart for both flicks–which is why I was so excited to find out that the DVD and Blu-ray release of GOTG will have a look at Avengers: Age of Ultron. I’m so ready.

GOTG will be available on November 18th on Digital HS plus Disney Movies, but we have to wait until December 9th for it to come out on home video. You can pick it up in a 3D Blu-ray Combo pack, Blu-ray, DVD, and On-Demand.

Both the DVD and the Blu-Ray will have never-before-seen deleted scenes and the Ultron sneak peek; but if you want audio commentary, making-of featurettes, and THE GAG REEL (!), those are Blu-Ray exclusives. Given that outside of SDCC, no one has seen any footage of Age of Ultron whatsoever, this is pretty exciting.

I’ll just be picking up the straight-up Blu-ray, but I miss the old Blu-ray/DVD combo pack days, honestly (who even has a 3D TV?). I understand they’re trying to phase DVD out and push people towards that Blu-ray life, but I think more people would buy a Blu-ray/DVD Combo then a 3D Blu-ray Combo. Just sayin’. And really—though I’m ridiculously excited to get a glimpse at Ultron, what happened to the one-shots? We would never have Agent Carter without the success of the Peggy one-shot. Don’t limit yourself, Marvel!