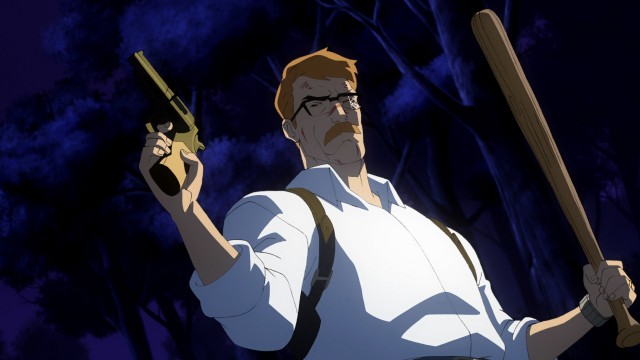 Between Marvel: Agents of S.H.I.E.L.D., Flash, and Arrow, Network TV producers have been doubling down on comic franchises in a big way — which makes sense, since nobody really watches network TV and they need a gimmick to get us in. Now Fox has gotten its hands on the biggest gimmick of all: the Dark Knight.

Set in Gotham City before the Bat dons his cowl, Gotham will supposedly follow everybody’s favorite police commissioner James Gordon as he attempts to deal with the Rogues Gallery using traditional detective works — so Year One, basically. Fox won the rights to the pilot, which is being produced by Warner Bros. Television and Mentalist creator Bruno Heller, in a recent bidding war between networks. Unfortunately Batman himself did not break in to tell them all that network executives that their feast is nearly over, which is disappointing to say the least.

To be serious for a second, Fox has been optioning an inordinate amount of nerd-shows lately — there’s Sleepy Hollow and Axe Cop that have recently aired, and then they’ve also got pilot requests for a League of Extraordinary Gentlemen pilot, the Name of the Wind series (it’s technically 20th Century Fox, but the Fox channels will for sure get first dibs) and now this. Guess we’ll see if it pays off — at least they’re taking a chance on some kind of creative work that will have to pay writers and actors and stuff, even if it’s all pretty derivative at this stage.

All that we ask is that if they’re going to film Gotham “on location” in a place that’s not Los Angeles, that they should do it in New York instead of Chicago. Not that we’re bias or anything because we live and work in the tri-state area, but c’mon. Gotham’s been our nickname for actual centuries. It’s ours. We’ll give you Keystone City or whatever.