The veracity of this headline is, of couse, dependent on a completely alternative definition of "well." 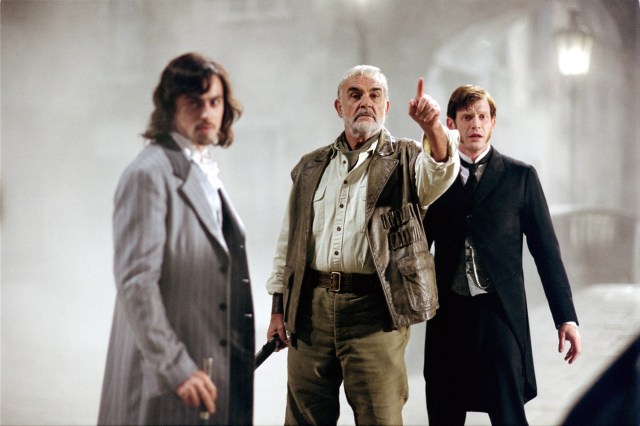 I don’t know about you guys, but I’m starting to think that stories about supernatural steampunk 19th century figureheads and literary characters are kind of overdone at this point. I mean, once you’ve made Abraham Lincoln a vampire hunter, it’s tough to get excited about Mina Harker. Fox clearly doesn’t agree, however, because they’re bringing Alan Quartermain and company back to live action with a new League of Extraordinary Gentlemen television series pilot. Right, because that went gangbusters the first time it was attempted in 2003. I’m sure we all look back fondly on the original film with absolutely no ill feelings or criticism.

Perhaps hoping to jump on the bandwagon of shows like the upcoming comic book-driven Agents of S.H.I.E.L.D and the Jekyll and Hyde adaptation Do No Harm (though why you would want to do that, I’m not quite sure), Fox and its studio counterpart have put in an official order for a League of Extraordinary Gentlemen pilot, which will have basically no input from either original series creator Alan Moore or artist Kevin O’Neill. Instead, Michael Green, whose resume includes work on Kings, Smallville, Heroes, The River, and Green Lantern — yes, the Ryan Reynolds one — has been tapped as writer and executive producer alongside Erwin Stoff.

You never know, though, maybe this will be like a Buffy the Vampire Slayer scenario — the original movie was kinda pointless, but that show ended up being a modern classic. Then again, Fox also paid for a Locke & Key pilot a few years back and decided not to opt it for a series, so this League pilot might not even make it to television at all.

If the series does get picked up, though, then let’s hope it finds its footing quickly. Fox has got a pretty weird track record with high-concept sci fi shows; they’re either awful from the outset or great-but-cancelled-tragically-early. Either seems possible in this case. Regardless, we can only imagine the dismissive vitriol Moore already has for it.