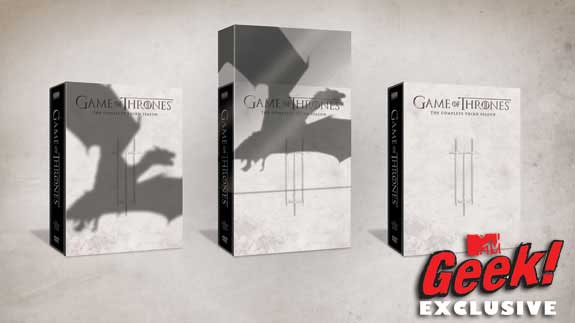 You can own Game of Thrones Season 3 (legally) on blu-ray and DVD on February 18, 2014. Above is the official box art for the release but HBO is asking for your help deciding on alternate art for exclusive packaging. Hit the jump to see the designs!

Here are the three possible designs for Best Buy’s exclusive sets. The “cool houses,” the “cool kids,” and “those other guys.” Right now the “cool houses” are in the lead.