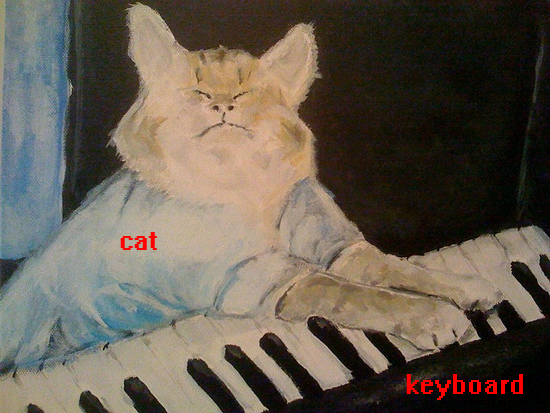 Automatic object recognition is kind of a big deal in some circles. Having a computer that’s able to automatically recognize what an object is with any accuracy is a tool that could find many uses. That’s essentially what Google has now been granted a patent on in videos. Of course, what this will actually be used in conjunction with remains to be seen, but one can’t help but wonder if this won’t eventually find its way into Project Glass.

The patent, and by extension Google, references compiling a database of “feature vectors” like the shape, color, and texture of specific objects in order to then compare new video to that database. The whole thing would function like a giant robotic version of Guess Who?, but with many more distinctive factors. When the function reached a conclusion, it would automatically tag that object with whatever it is — like a cat.

The obvious implementation here is with YouTube. Automatic tagging based on computer recognition would both avoid having users manually entering tags and provide yet more results to compare against in the database. With the wealth of data being offered to Google by those uploading video regularly, they could then possibly transplant this recognition functionality to Project Glass — allowing for it to recognize objects in the database as well as it views them.