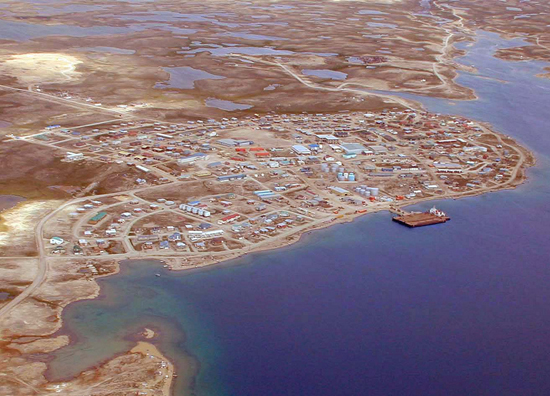 Google has been making some rather interesting decisions when it comes to what they add to their Google Street View service. Between the cars and tricycles, they can squeeze into a number of spaces — even those typically without real traffic. One of their latest projects is mapping Cambridge Bay, Nunavut, an Inuit village so far into the Canadian Arctic that it is only reachable by plane for the majority of the year.

There are points in the year where it can be reached by barge, but there are no roads connecting Cambridge Bay — or Ikaluktutiak as it’s known in the native tongue — to the rest of civilization. Less than 1,500 people live in the area, and their only Internet connection is a low-bandwidth satellite that’s shared between everyone. If one villager watches a YouTube video, the web is basically down for everyone else.

So why is Cambridge Bay getting Google Street View? According to The New York Times and Mr. Chris Kalluk, the man who proposed the idea to Google, it’s so the rest of the world will have a better understanding of what exactly the Arctic is like for people:

People that have never been in the north, past trees, in communities you can only get to by airplanes; they just don’t know[.] They wonder if we live in igloos and travel by dog team. I spoke with an elder the other day who said that the land belongs to all the people, so everyone should be able to see it.

The images of the village will take several months to process, as the tricycle tends to gather a following as it makes its way through areas. In every image taken, those tagging along will need to have their face blurred. Eventually, however, Cambridge Bay will be on display for the rest of the world to explore.