Google Takes Over the World With Augmented Reality MMORPG for Android 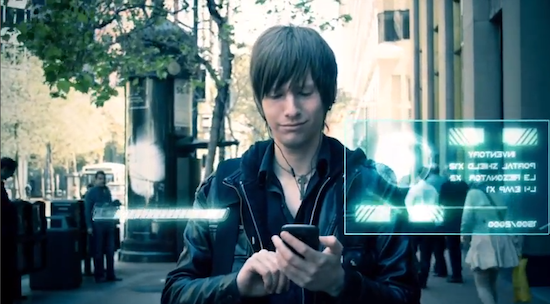 Google is launching an augmented reality massively multiplayer online role-playing game on its Android operating system. The game is called Ingress, which is a word that essentially mean “an entrance,” and looks to be played by using a phone to interact with the game and the real world around the player at the same time. It gets even weirder, though.

Players will choose between two sides, the Resistance or the Enlightened. The Ingress page in the Google Play store says the game is based around a “mysterious energy” which has been uncovered in Europe, and the two sides are fighting over what to do with it. The Resistance, as the name suggests, are against using the energy, but the Enlightened are totally psyched about it. Which side you choose comes down to how willing you are to embrace weird new forces in your life. If you read this site, we’re guessing you’d side with the weird new energy.

Due to the fact that the game is still in closed beta, we haven’t had our hands on it, but we did find a viral marketing site based around the site at nianticproject.com. The site has a lot of videos and pictures that probably tie in to the game somehow. It’s built to resemble an investigation board and it follows the work the character P.A. Chapeau is doing to research the game’s mysterious energy and something called The Niantic Project.

We’ve seen augmented reality games before, but it seems like this is trying something new in terms of scale. There are also games like Parallel Kingdom and Shadow Cities that are location-based games, but it seems like Ingress will integrate more true augmented reality features into the game. That could just be from the look of this slick trailer for the game, but it doesn’t show much real gameplay so we can’t be sure.

Another feature that might just be something from the video and not an actual part of the game is that most of the energy fields seem to correspond to pieces of public sculpture, so at the very least Ingress might be a good reason to go walk around a bit and look at some art.