Play Laser Tag With Your iPhone 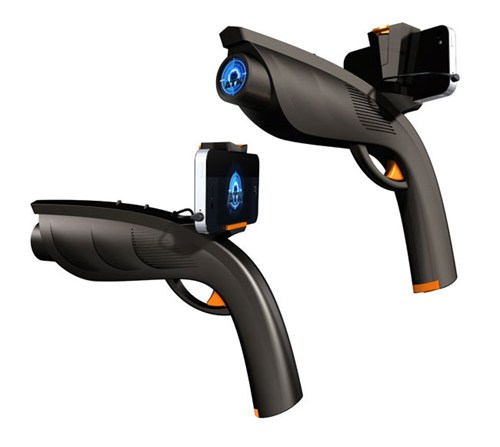 You can use your iPhone for listening to music, social networking, making phone calls, and most importantly, justifying that smug sense of self-satisfaction that you project towards all those around you. Not good enough? Now there’s another use coming down the pipe, one might even call it the best use. MetalCompass’ Xappr and Micro-Xappr guns will allow you to turn your iPhone into an augmented reality shooter that you can use to play games alone or with your smug, self-satisfied friends. Awesome, right?

The guns, currently unreleased, are going to make their debut at the International Toy Fair in Nuremberg later this week and will launch with some games involving aliens and — of course — zombies. This spring, Metal Compass is due to release their ATK game which will include all kinds of multiplayer action like team deathmatch, last man standing, and other standard playstyles. If you want to get in on the Xappr craze right now, you can preorder a gun for $30. And if you’re an Android kid, you can play point-your-fingers-at-people-and-shout-BANG with me. That, ladies and gentlemen, is both free and priceless.