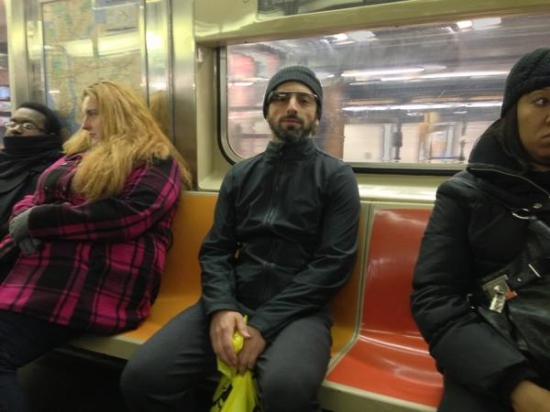 We’ve salivated pretty hard over Google Glass here at Geekosystem, but that’s only because it looks really, really cool. We haven’t had a chance yet to see it in person, but it’s been popping up in the wild lately. Last month one was spotted in the East Village, and last night wearable computing enthusiast Noah Zerkin spotted Google founder Sergey Brin on the 3 train in New York wearing Google Glass.

Zerkin posted the image on Twitter with the following text:

Yeeeah… I just had a brief conversation with the most powerful man in the world. On the downtown 3 train. Nice guy. twitter.com/noazark/status…