'Good Guys' Do Exist: Here Are a Few Examples | The Mary Sue

“Good Guys” Do Exist: Here Are a Few Examples to Keep An Eye On in the Fight Against Sexism 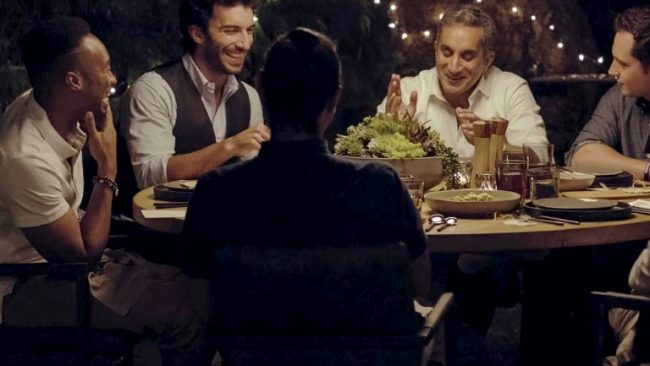 As Ava DuVernay reminded us when she spoke at the Hammer Museum Gala earlier this week, “good guys” do exist. As rife as Hollywood is with terrible, horrifying examples of manhood, there are also those who genuinely and wholeheartedly embrace their role in doing better and furthering the cause of gender equality. I needed to take a minute to acknowledge them here; to remind myself that the world isn’t a complete shit-show.

We’ve already heard today about Kevin Smith putting his money where his mouth is and donating all future royalties from any films of his produced/distributed by the Weinsteins (which is a lot of films) to Women in Film. Now, according to The Hollywood Reporter, we’re also hearing about Channing Tatum stopping development of his film adaptation of Forgive Me, Leonard Peacock, which was in development with The Weinstein Company.

My hope is that more people in Hollywood take things like a company’s record re: abuses against women into account before deciding whether or not to work with them in the first place. And if new information comes to light, they do what Tatum and his producing partner, Reid Carolin, have done: take their business elsewhere.

In addition to those men in Hollywood who are fighting on the business front, there are those who are working toward changing the culture of masculinity by really examining it and redefining what it means. I’ve been following Justin Baldoni’s work for a while now, at first because I’m a huge fan of Jane the Virgin (he plays Rafael), but shortly thereafter because I’ve learned that he is extremely passionate about using his craft and his platform to better the world around him.

His production company, Wayfarer Entertainment, exists not only to create content, but to engage in social justice and change, primarily in the realm of homelessness, but for other causes, too. One of those productions is a show called Man Enough.

I’ve been getting glimpses of the making of the show as it’s progressed via Baldoni’s Instagram, and it seems like a really cool idea. It’s a dinner party-style conversation show with a rotating cast of male participants who will be gathering to have honest conversations about what masculinity is, and can be.

Far from being an MRA-style bro-fest, Man Enough will gather men with all different experiences and relationships to gender in order to perpetuate a masculinity that isn’t about destruction and pain, but rather, one that allows the space for vulnerability and growth. Says Baldoni, “There is no shortage of men, I can tell you right now, that want to be at that table and have that conversation even in this town, believe it or not, because men are ready to talk, men are ready to open up, men are tired of the way things have been.”

The fact that they’re including not only straight, white, and cis perspectives on masculinity, but those of men of color, queer men, and trans men gives me a lot of hope that the conversations they have will actually be valuable, and hopefully inspire similar conversations among men who watch.

Lastly, I’ve been heartened to see men outside the Hollywood environment begin to have conversations on social media via hashtags like #ItWasMe and #HowIWillChange, taking responsibility for all the ways, big and small, in which they have individually perpetuated rape culture and sexism while vowing to do better.

I hope that this conversation leads to real, concrete action, and that this action continues. Sexism can’t be dismantled without men’s participation, and it gives me hope to see that there are men out there that see the dismantling of sexism as something that will benefit them much more than any “power” they have under this oppressive system.