Kevin Smith Puts His Money Where His Mouth Is, Donating All TWC Residuals to ‘Women In Film’ Non-Profit 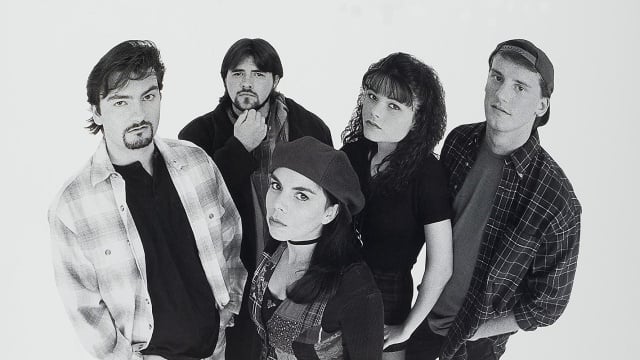 As was brought up yesterday by fellow Mary Sue writer, Teresa Jusino, now that the seedy-disgusting nature of Hollywood has been “exposed” to the mainstream the questions is how do we move forward? What now? All the people who have stepped up to condemn Harvey Weinstein, how will they truly work to create and build progress? Well Kevin Smith, one of the earliest male voices to disown Weinstein, has put his money where his mouth is in the most important way.

On his podcast, Hollywood Babble-On, Smith said that he will be donating all his future The Weinstein Company Residuals to the non-profit, Women in Film. WIF works to advocate and advance the careers of women working in film, television and all media/digital industries.

During the podcast, at around 84 minutes in, Smith began to speak on the Weinstein scandal.

“My entire career is tied up with the man. It’s been a weird fucking week. I just wanted to make some fucking movies, that’s it. That’s why I came, that’s why I made Clerks. And no fucking movie is worth all this. Like, my entire career, fuck it, take it. It’s wrapped up in something really fucking horrible.”

I know that we shouldn’t always heap unwarranted amount of praise onto allies for doing what allies are supposed to do, but I’m going to commend Smith because he is doing something many people in Hollywood can not. He is putting people, specifically women, before his career and acknowledging that the movies, the money, the fame are not worth the cost in human trauma that has been inflicted upon these women. Also, if TWC does fold, Smith says that he will donate $2,000 a month for the rest of his life to WIF.

During the live-performance someone from the audience shouted out that it wasn’t Smith’s fault to which he masterfully responded:

I’m not looking for sympathy. I know it’s not my fault, but I didn’t fucking help. Because I sat out there talking about this man like he was a hero, like he was my friend, like he was my father and shit like that, and he changed my fucking life. And I showed other people, like, ‘You can dream, and you can make stuff, and this man will put it out.’ I was singing praises of somebody that I didn’t fucking know. I didn’t know the man that they keep talking about in the press. Clearly he exists, but that man never showed himself to me. It all hurts, and it didn’t happen to me, but it all hurts. So I feel like there are so many people that we know of now, and maybe even more, that were made to do horrible things to make their dreams come true and maybe didn’t even get to touch the dreams; this fucking dude chased them away.

And now, hopefully, because of Smith’s donation and backing a woman can be supported in this industry without fear of being sexually assaulted or harassed as a way to move forward towards their dreams.