Glitch Gives Up the Ghost, Posts Great Goodbye Before Going Away for Good 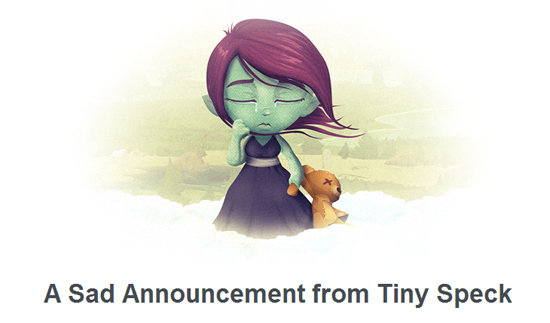 Today, the road all runners come. Tiny Speck’s Glitch, which we’ve previously described as “a browser-centric, Flash-based, social MMORPG,” has finally decided to call it quits. The company’s posted a shutdown notice to the site that practically drips with sadness and humility. The game itself will close on December 9th, meaning the eleven giants must be dying, but the forums will live on until the end of the year so players can connect with one another before it’s gone entirely.

Here’s the first paragraph of the team’s rather lengthy shutdown notice:

This is a horrible day. This is a horrible thing to have to say: Glitch is closing. The live game/world will be closed on December 9th at 8pm Pacific time (see when this is in your time zone). The website and forums will remain available until the end of the year, so players can still communicate and find each other. Glitch HQ, the Glitch API and third party applications which rely on the Glitch API will become unavailable at the same time as the website closure.

Tiny Speck will also be performing a major refund effort. It appears that they’ll be refunding absolutely all purchases made in the game, which is either a huge task and therefore commendable, or they received so few purchases that it makes the whole thing sad.