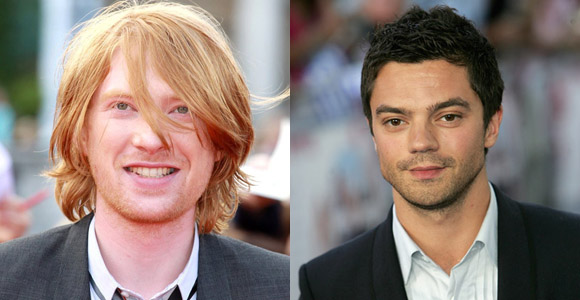 It’s pretty quiet on the Doctor Who front at the moment. Speculation is running rampant as to who might play the 12th Doctor but so far, the BBC is keeping mum. But that doesn’t mean the actors named in said rumors have to.

While we’ve been having a bit of fun talking about what an amazing Doctor Dame Helen Mirren would be, a few names have slipped through the cracks. None have been from official sources, mind you, so we didn’t take any of them very seriously but since two familiar genre actors (plus Skyfall’s Rory Kinnear) were named we were interested to see what they had to say about it.

First up is Harry Potter’s Domhnall Gleeson, soon to be seen in About Time with Bill Nighy and Rachel McAdams. He told RTÉ TEN his reaction upon first hearing the news:

“There’s nothing to [it]. I heard about it from my agent [who] sent me a website, [and was] laughing about the fact that people were saying that I was being talked about. I was like, ‘That’s lovely: my own agent is laughing at the idea!’.”

He continued, “It’s a great series; Matt Smith’s a fantastic actor. David Tennant and Christopher Eccleston – all the guys are amazing. So it was a lovely thought, but it’s not true.”

Shucks. I actually could have gotten behind that casting.

Captain America: The First Avenger’s Dominic Cooper was also surprised to hear he’d been named by unnamed sources. “I’ve heard absolutely nothing of this!” he told the Express. “It’s nice to be thought about though, wherever it came from. It’s a very nice acknowledgement. Whoever does take it on has a very very hard job. Matt has done such a wonderful, wonderful job with the intriguing, interesting and brave choices he made with him. They’re huge shoes to fill.”

Meanwhile, Cooper isn’t quite sure what to say about his role in the upcoming Captain America: The Winter Soldier.

“I never know what to say about this. But I have definitely put the costume on. I have worn the costume and we have shot something, but how it’s going to enter into the next phase of what they are planning I don’t know,” he told UK TV show This Morning. “I can’t even work out how my character [Howard Stark] can be in it; wouldn’t I be dead? But anything is possible.”

(via Doctor Who TV, RTÉ TEN)