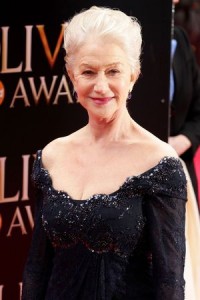 “I suppose it could be a woman. I don’t know. I think it is a male part, though I think it’s just about the person. I’d love to see Dame Helen do it – best of luck to whoever gets it, though.” — Past Doctor Who Companion Arthur Darvill considering a female Doctor.

Nice to know we here at The Mary Sue are not the only ones who would love to see Dame Helen Mirren take on the part of the 12th Doctor!

She would be fierce, to put it mildly. Do you hear that, Moffat? FIERCE!